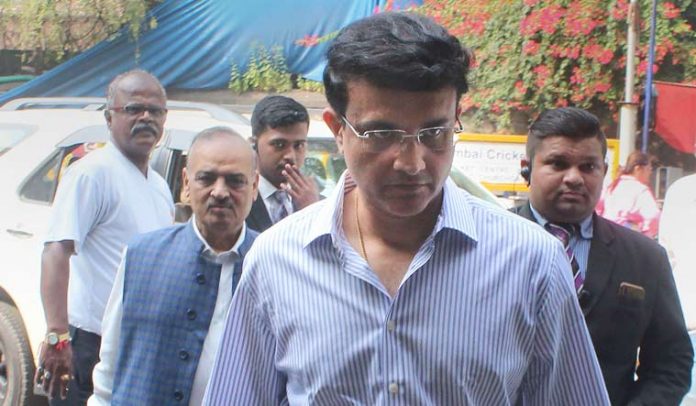 The Sourav Ganguly-led BCCI on Sunday decided to seek the Supreme Court’s approval to water down administrative reforms on tenure cap for its office-bearers and named secretary Jay Shah as its representative for the ICC chief executives’ committee meeting. The decisions to seek apex court’s approval for dilution of tenure cap, which is aimed at clearing the path for an extended stint for Ganguly, and appoint Shah for the ICC meet were taken at the Board’s 88th Annual General Meeting (AGM) in Mumbai. “At the end of the day, the court will decide,” Ganguly said in a press conference after the AGM.
As per the current constitution, an office-bearer who has served two three-year terms, either at the BCCI or at the state association, goes into a compulsory three-year cooling-off period. Ganguly, who took charge on October 23, was to vacate office next year but a dilution could see him continue till 2024. The current dispensation wants the cooling off period to kick in only after the individual has finished two terms (six years), at the board and state association separately. The move, if approved, will also pave the way for Shah to get an extension as time left in his current tenure is also less than a year.
Shah was named India’s representative to attend future meetings of the International Cricket Council’s (ICC) chief executives committee. BCCI CEO Rahul Johri was the Board’s representative for these meetings when its administration was being handled by the Supreme Court-appointed Committee of Administrators (CoA). But with a full-fledged Board in office now, the role has gone back to the secretary’s position.
“The Board is represented by secretary at the ICC CEC, that’s the ICC rule,” Ganguly said. However, the Board has not yet decided on its representative for the ICC Board meetings. Besides, the BCCI decided to defer the appointment of the Cricket Advisory Committee (CAC) and Ganguly said the controversial conflict of interest clause, which even the CoA found difficult to implement, is coming in the way. “We will form CAC and we met (Ombudsman) Justice D K Jain. Me and VVS (Laxman) were cleared, we need to get proper clarity on what is conflict and and what is not,” Ganguly said.
“The clause stops everyone, that’s why we can’t make the CAC. Conflict (clause) should only be for us (the office-bearers),” he added. After Sachin Tendulkar, VVS Laxman and Ganguly stepped down from the CAC owing to the conflict of interest clause in the new constitution, Kapil Dev, Shantha Rangaswamy and Anshuman Gaekwad appointed the men’s team head coach. Ravi Shastri got an extension for the top job. “I don’t think Sachin and Laxman would want to come back,” Ganguly said.
The CAC has been mired in controversies owing to allegations of conflict of interest, which prompted the three original members to resign. Both Rangaswamy and Gaekwad are now part of the apex council as representatives of the Indian Cricketers’ Association. It is the CAC’s prerogative to appoint the selection committee. The Board also wants the court to keep out of future decisions on constitutional amendments and has proposed that a three-fourth majority at the AGM be enough to take a final call. The officials believe it is not “practical” to take the Supreme Court’s approval for every amendment, which is a must as per the existing constitution.