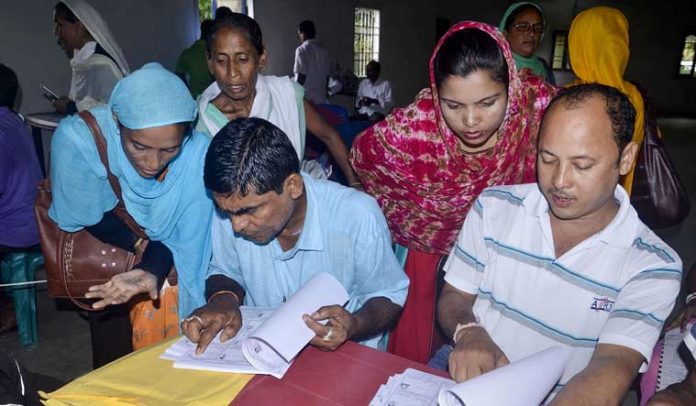 The All Assam Students’ Union (AASU) said it is not happy with the exclusion figure in the final National Register of Citizens (NRC), which was released on Saturday, and will appeal against it in the Supreme Court.
The AASU is a signatory to the Assam Accord, a 1985 document that provided for “detection, deletion and deportation” of illegal foreigners from Assam.
The NRC in the state has been updated under the monitoring of the Supreme Court to include only genuine Indian nationals.

“We are not happy at all. It seems there were some deficiencies in the updation process. We believe that it is an incomplete NRC. We will appeal to the Supreme Court to remove all the faults and discrepancies in this NRC,” AASU General Secretary Lurinjyoti Gogoi said.
The final NRC was released on Saturday, leaving out over 19 lakh applicants. Addressing a press conference, Gogoi said the final figure of exclusion did not reach near the figures officially announced by the authorities on various occasions.