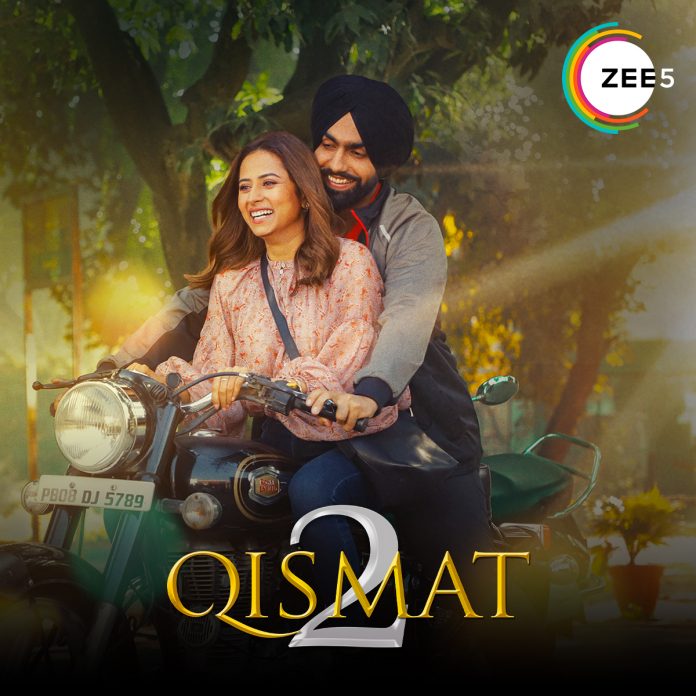 ZEE5 Global, the world’s largest OTT platform for South Asian content, is aggressively ramping up its Punjabi content offering for the audience. The platform has stayed true to its promise of premiering power-packed, straight-from-the-theatre titles from ZEE Studios. Puaada (2021) saw great success on the platform followed by Jinne Jamme Saare Nikamme (2021), which was the first Punjabi film launched on an OTT platform.

Next up is Ammy Virk and Sargun Mehta’s blockbuster Qismat 2 (2021), which has been creating buzz ever since its release all thanks to the brilliant chemistry portrayed by the two leading stars of the film. ZEE5 now becomes the first choice of platform to premiere this box office hit on 29 October, 2021.

The film narrates a story about unrequited love, and the exhilarating and heart-breaking road it takes us on. Following Shiv, Bani and Majaz, as they navigate through life, love and sorrow, the film showcases the highs and lows in the characters’ relationships in a brilliant manner.

Talking about the film, Sargun Mehta says, “Qismat 2 has been one of my favourite films. Ever since its theatrical release, the love and appreciation we have received has been absolutely great. It’s truly gratifying to know that the film will now be able to reach a wider audience through ZEE5.”

Ammy Virk says, “The first chapter of Qismat had received immense love from audiences across the country. We as a team wanted to give Qismat 2 to the audience as a gift. Qismat 2 will be available for them to watch anytime and at any place via the OTT premiere. I truly hope everyone loves watching this film just as they enjoyed it in the theatres.”