Home Enterainmnet stories ZEE Studios sets November 11 for the theatrical release of their next... 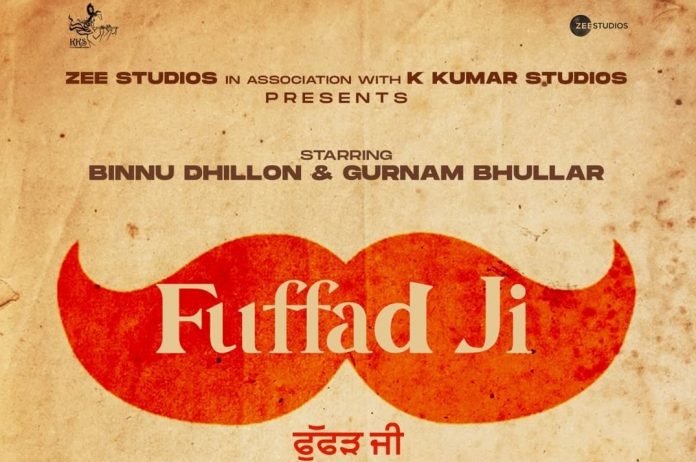 After receiving great response for Puaada (2021) and Qismat 2 (2021), ZEE Studios has now announced the release date of their next Punjabi film, Fuffad Ji. Starring Binnu Dhillon alongside Gurnam Bhullar, the forthcoming film will arrive in theatres on November 11, 2021.

The makers on Tuesday released a poster to announce the official release date of the film. Touted to be a heart-warming period drama, Fuffad Ji is written by Raju Verma and directed by Pankaj Batra. It will also feature Sidhika Sharma and Jasmin Bajwa in pivotal roles.

Popular singer-actor Jassi Gill also plays a pivotal part in Fuffad Ji. Talking about the film, Gill had earlier said, “This film is a fantastic concoction of comedy and romance, and I feel absolutely elated to be a part of it in some way. Films like these always bring joy to the audiences and can be watched anytime by anyone. This quality makes them timeless and memorable. So, all in all, I am very happy to be a part of Fuffad Ji.”

Fuffad Ji is produced and presented by ZEE Studios and K Kumar Studios. Speaking about the film, Shariq Patel, CEO, ZEE Studios, had earlier said, “We are ramping up our regional slate of films, especially Punjabi films. We are excited to associate with the team. Fuffad Ji is a heart-warming story with a special social message. I am confident that the audience will like the film.”