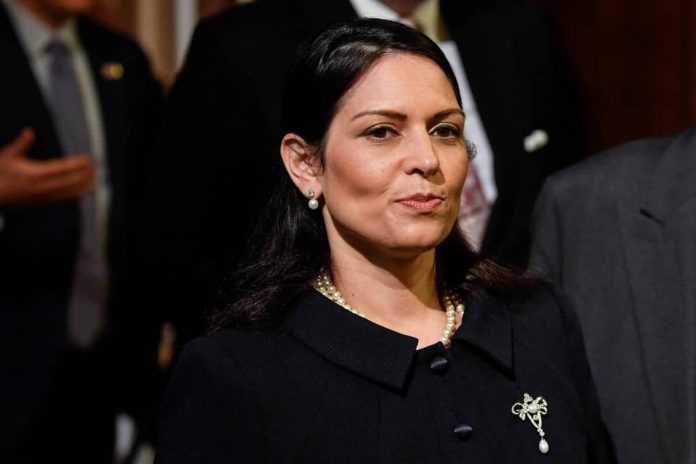 Priti Patel may be moved “sideways” from Home Office to being Conservatives Party chief to replace Oliver Dowden whose resignation has taken the Tories by surprise.

Dowden put in his papers as the Conservatives chair earlier this week after the ruling party suffered crushing defeats in the by-elections to two parliamentary constituencies on Thursday, which observers said seriously eroded prime minister Boris Johnson’s authority.

Patel is seen as the favourite to replace Dowden due to her strong links with the party’s grassroots and reputation as a campaigner, The Telegraph reported citing government sources.

However, the home secretary, whose controversial policy to deport illegal asylum seekers reaching British shores to Rwanda is temporarily grounded following a count intervention, is likely to resist any move to shift her to the party’s post.

Her friends believe that such a move which would be seen as a “backhanded compliment” will “never going to happen”.

“People regularly say she is going to be made party chairman at every reshuffle and that is never going to happen,” an insider told the newspaper.

The electoral loss of Tories in Tiverton and Honiton and Wakefield was the latest setback for the prime minister who had managed to scrape through his party’s no-confidence vote recently. With several lockdown-breaching parties in the power corridors under his nose denting his image, Johnson’s woes have been compounded by the cost-of-living squeeze amid global inflation.

Patel said the by-elections were fought under “difficult and challenging” circumstances and described Dowden’s resignation as a “loss” to the government.

In his letter to the prime minister, Dowden said the by-elections “are the latest in a run of very poor results for our party”.

“Our supporters are distressed and disappointed by recent events, and I share their feelings,” he said.

“We cannot carry on with business as usual. Somebody must take responsibility and I have concluded that, in these circumstances, it would not be right for me to remain in office.”

But he did not specify who should take the responsibility and insisted that it was his personal decision.

“I want to emphasise that this is a deeply personal decision that I have taken alone. I will, as always, remain loyal to the Conservative Party,” Dowden, who had taken over as the Conservatives chairman only last year, said.