Home Business Who is India’s top trade partner? Is it China or the US? 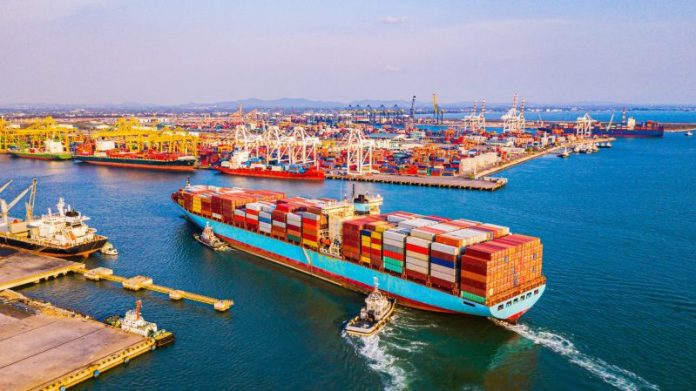 “According to the statistics of Chinese competent authorities, bilateral trade volume between China and India stood at USD 125.66 billion in 2021,” Foreign Ministry spokesman Zhao Lijian told a media briefing when asked about reports of the US overtaking China to become the largest trade partner of India in 2021-22

“China remains the largest trade partner of India and for the first time the bilateral trade exceeded USD 100 billion in 2021,” Zhao said

“The disparity in trade figures published by China and India is a result of different statistical measurement scales,” he said

China follows the financial year from January to December, while India calculates the same from April to March every year.

At the same time, Zhao said, “China does not object to the development of normal trade relations between India and the US, and is not that interested in the changes of the ranking in trade volume”, playing down the US, which is fast improving its relations with India with strategic tie-ups like Quad, (US, India, Japan, Australia) alliance unseating it from the top slot

Zhao declined to go into issues of trade barriers and other constraints being mentioned by Indian businesses, saying the details should be obtained from the Chinese Commerce Ministry

For years India has been insisting that China should open its markets for India’s IT and Pharmaceuticals, the country’s main strengths of exports but Beijing is yet to oblige

The trade deficit with China rose to USD 72.91 billion in 2021-22 from USD 44 billion in the previous fiscal year as per Indian figures whereas the US is one of the few countries with which India had a trade surplus amounting to USD 32.8 billion last year

“What we care about is whether the Indian side has the will and takes real actions to create a fair, transparent, sustainable and sound environment for bilateral trade and investment, further expand mutually-beneficial cooperation between the two sides and deliver tangible benefits to the two countries and two peoples,” Zhao said

Asked whether the Ladakh standoff which cast a shadow on the bilateral ties for over two years is also impacting the trade ties between the two countries, he said, “At present, the border situation is stable in general. The two sides have been maintaining close communication through diplomatic and military channels.”

On Tuesday, senior diplomats of the two countries exchanged views on the current situation along the Line of Actual Control (LAC) in the Western Sector in eastern Ladakh.

“China always believes that the boundary question doesn’t represent the whole of China-India relations and we should put it in an appropriate position in bilateral relations and under effective control and management. We hope India will work with China to continuously enhance mutual trust, strengthen practical cooperation, and ensure that the bilateral relations will move forward along the right track, deliver more benefits to the two peoples and make greater contributions to the region and beyond,” he said

To another question about reports of Indian investigations into the alleged violation of rules by Chinese phone makers ZTE and Vivo in addition to Xiaomi, Zhao said, “the Chinese government is closely following the situation.”

“The Chinese government always asks Chinese companies to abide by laws and regulations when doing business overseas. In the meantime, we firmly support Chinese companies in safeguarding their legal rights and interests,” he said

“The Indian side should act in accordance with laws and regulations and provide a fair, just and non-discriminatory business environment for Chinese companies operating in India,” he said.