Home HEADLINE STORY Who could take over as UK prime minister? 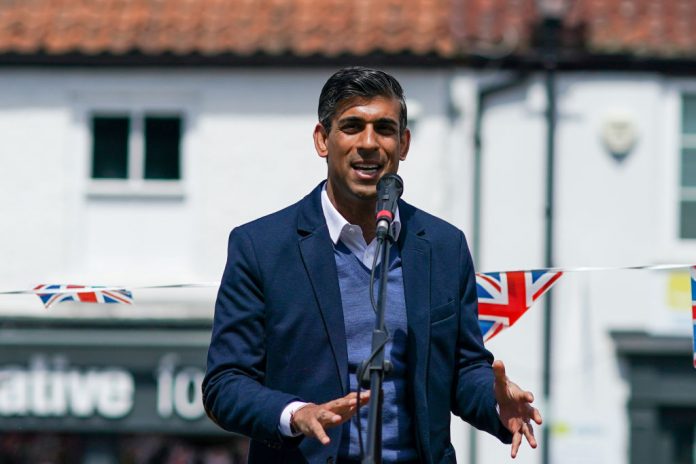 BRITAIN’s Boris Johnson will reportedly announce his resignation as Conservative leader, paving the way for an internal party contest to replace him and become prime minister. While several possible successors have been suggested, there is no clear favourite.

Rishi Sunak
The UK’s first Hindu chancellor of the exchequer, who quit on Tuesday (5), was until recently the bookmakers’ favourite.

But his prospects were dented by questions over his private wealth and family’s tax arrangements.

His resignation has seen him return as one of the bookies’ frontrunners for the top job.

Sunak, 42, has a high profile on social media, and won plaudits for shoring up the economy during the pandemic.

But his refusal initially to authorise more support over a surging cost-of-living crisis has hurt his popularity.

Former foreign and health secretary Jeremy Hunt, 55, lost to Johnson in the 2019 leadership contest, when he branded himself as the “serious” alternative.

Hunt sent a thinly-veiled campaign message for a new leadership bid last month, arguing that under Johnson “we are no longer trusted by the electorate” and “we are set to lose the next general election”.

But the fluent Japanese speaker lacks Johnson’s charisma. His pre-pandemic record as health secretary was recently savaged by a Johnson ally.

Foreign secretary Liz Truss, 46, is popular among Conservative party members, liked for her outspokenness and willingness to go on political attack.

But that has also stoked questions about her judgement, for instance when in February she encouraged Britons to fight in Ukraine. Critics say her leadership posturing is too overt.

When she headed the Department for International Trade, some MPs dubbed it the “Department for Instagramming Truss” because of her prolific output on the social media site.

Away this week at a G20 meeting, she has reportedly cut her trip short to return to Westminster and make a statement later Thursday.

Javid, who also quit as health secretary on Tuesday, had previously resigned as finance minister in 2020.

The 52-year-old is the son of a Pakistani immigrant bus driver who went on to become a high-flying banker.

Like Sunak, he also faces questions about his personal wealth and tax affairs.

The defence secretary, 52, has narrowly topped some recent polls of Tory grassroots’ preferred next leader due to his role in the Ukraine crisis.

The former army officer and Johnson ally has downplayed wanting to lead the party but is seen as a straight-talking and competent.

Zahawi is a former refugee from Iraq who came to Britain as a child speaking no English. Before entering politics, he co-founded the prominent polling company YouGov.

But his private wealth has also drawn adverse attention, including when he claimed parliamentary expenses for heating his horse stables.

Tugendhat has indicated he will stand in any leadership contest but there is no love lost between him and Johnson loyalists.

A hawk on China, he has been critical of the government’s handling of the troop withdrawal from Afghanistan.

Mordaunt, 49, is the first woman to have been UK defence secretary and is currently a junior trade minister.

The Royal navy reservist is seen as likely to run but considered a long shot.

A strong Brexit supporter and key figure in the 2016 “Leave” campaign, she has been tipped as a potential unity candidate who could draw support from the Conservative party’s warring factions.

Deputy prime minister and justice secretary Dominic Raab, 48, led the country when Johnson was in intensive care in hospital with Covid-19 in 2020.

The former lawyer and karate black belt is seen as a reliable ally.

But his move to justice from the post of foreign secretary was seen as a demotion after he initially failed to cut short a holiday as the Afghan capital Kabul fell to the Taliban.

Attorney General Suella Braverman has revealed she intends to stand in a party leadership contest during media interviews since Wednesday in which she urged Johnson to go.

The arch-Brexiteer, 42, is another long-shot candidate, popular within the party for her Euroscepticism.

She is one of 28 so-called “Spartan” Tory MPs, who refused to back ex-Prime Minister Theresa May’s Brexit deal on all three occasions it was voted on in parliament.