Home Community What to do now? The question for Rishi Sunak and PM Liz... 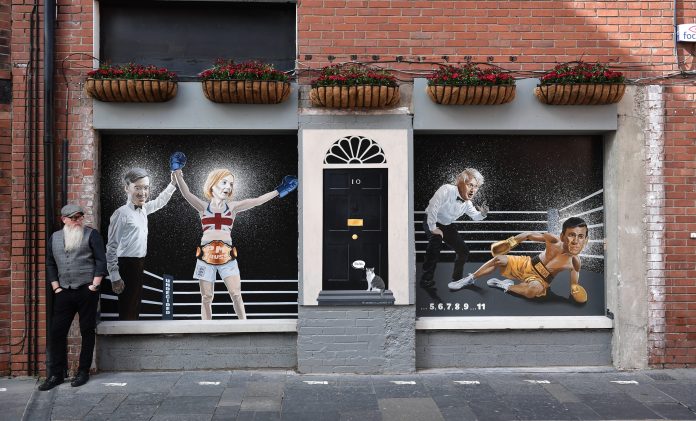 Rishi Sunak never failed at anything before. At 42 years of age, the Winchester head boy who won glittering prizes at Oxford and Stanford, earning millions in finance before marrying into the billionaire classes, and who was Britain’s most popular Chancellor for half a century, has finally hit a professional setback. As runner-up in the Conservative leadership contest, Sunak will not be the first Asian Prime Minister of Britain.

Some commentators will claim this result proves Conservative members were not ready for an ethnic minority leader. It is a simple logical fallacy to confuse the 43 per cent vote for Sunak with the share of Conservative members ‘ready’ to vote for an ethnic minority leader. This is just the floor – those who did so this time – not the ceiling, showing how many could. Would anybody be daft enough to claim that Liz Truss’s votes show how many members could vote for a woman? That would require the false claim that every Sunak voter is sexist. This result just shows how many members chose this candidate this time, given this choice. Sunak voters could back Penny Mordaunt in a future contest; many Truss voters could support Kemi Badenoch, who led both finalists in polls of the membership.

Objectively, ethnicity played a weak role in this contest. The economic context changed everything. To think race decided this election, you would need to believe party members had not spotted that Sunak was Indian six months ago, when they strongly preferred him to Boris Johnson and Truss as a potential leader. Sunak was badly dented by a triple whammy: his unfair Covid fine, scrutiny of his family taxes and criticism from all angles of his Spring statement. Sunak once scored the all-time record of net +95 approval from party members in the ConservativeHome cabinet rankings, but fell into negative territory just before this contest began.

Yet, subjectively, many do still wonder if irrational prejudice played a stronger subconscious role. Many British Indians will have been surprised and disappointed to hear the result. One British Asian party member called Sangita Myska’s LBC show to say that the rejection of Sunak felt like “pure racism” to him. (His mistaken premise was that Sunak was trailing 95 per cent to five per cent in polls of party members). Many who felt Sunak was clearly more fluent at the hustings, had a plan for the energy crisis, and is more ready to govern in an economic crisis struggled to fathom how other people could watch the same head-to-head debates and then choose Liz Truss.

But we look for different things in political leadership. That is why we often find other people’s political preferences incomprehensible. Few outside the Conservative party could grasp why Iain Duncan Smith was chosen as leader over Ken Clarke.

In 2019, electing Johnson over Jeremy Hunt was a bet on optimism over complexity. It worked too, breaking the Brexit deadlock in 2019, before falling apart within three years. Now Truss pitches ‘optimism squared’, even as the skies darken. Truss won by telling members what they want to hear. Sunak lost, pitching himself as the leader willing to tell uncomfortable truths – before telling members what they wanted to hear, after falling behind.

Sunak occasionally benefits from ‘positive’ British Indian stereotypes, especially when they match his interests and skills. This teetotal Hindu, who is good at numbers, can clearly grip detail better than Johnson. But there was a ‘citizen of nowhere’ flavour in talk about Sunak’s wealth and privilege, focused much more on his love of California and holding a US Green card than his Indian heritage or family links. A ‘just visiting’ slogan was once used to brutally dismantle Michael Ignatieff’s bid to be Canadian prime minister. Doubts as to whether Sunak would stick around in Westminster without the top job were damaging too.

That is what Sunak must decide now. He is set to opt out of the Truss administration. Many of the 136 MPs who backed him share his doubts. A faction of 40 MPs could have a major policy influence, but that would take hard work and create party controversy. Does Sunak see his future outside politics? Unlike Johnson, he does not need to earn any more money.

Truss has the toughest inheritance of any peacetime prime minister. After three new PMs since 2016, the Conservatives may need to stick with their choice until after a General Election. Few think the last two months boosted their chances of winning it. A shadow 2024 leadership contest is gearing up. If at first he did not succeed, could Sunak try again? Nobody knows – since he faces that question for the first time in his life.