Home Sports Cricket What Surya does, I can’t even dream of doing: Glenn Phillips 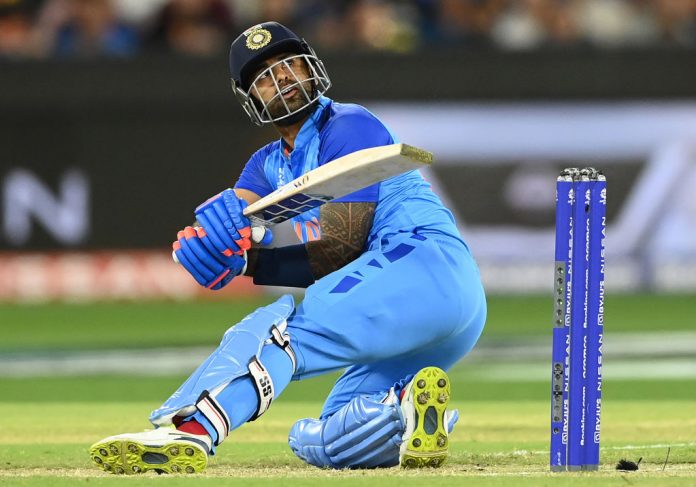 He is a T20 ace in his own right but New Zealander Glenn Phillips says he can’t even “dream” of pulling off some of the incredible shots that Suryakumar Yadav plays with ease.

Surya, world No. 1 T20 batter, will square off against Phillips’ New Zealand in the second game in Mount Maunganui at the Bay Ova, a ground where the Blackcaps dasher has fond memories of scoring a 46-ball hundred.

“He (Surya) is absolutely incredible. The things that he does I wouldn’t even dream of doing. I would love to try but we have very different games. The wrist strength that he’s got to be able to hit balls for six in extremely awkward areas is a talent you rarely see,” Phillips was quoted as saying in stuff.co.nz.

Phillips also mentioned that the “high risk-high reward game” that is played by him and Surya also keeps the opposition in the game as they have the danger of getting out if some of those adventurous shots aren’t executed properly.

“I have got my strengths and he has got his and we go about our jobs in different ways. And the way we both play presents opportunities for the opposition to get us out as well. It’s part of the risk and reward of middle-order cricket in T20.”

Surya has been world’s top run-getter in the 2022 calendar year with whopping 1040 runs at an average of 43 and a magnificent strike rate of 186.

Phillips is eighth in the ICC’s T20I batters’ list and has scored 650 runs at a strike rate of 158 plus.

“I could easily see (Surya’s) strike rate being even higher here than it was in Aussie, with the slightly smaller grounds and the pitches very similar, potentially a bit bouncier with a bit more grass on them. It’s going to be very interesting what sort of strike rates we see here.”