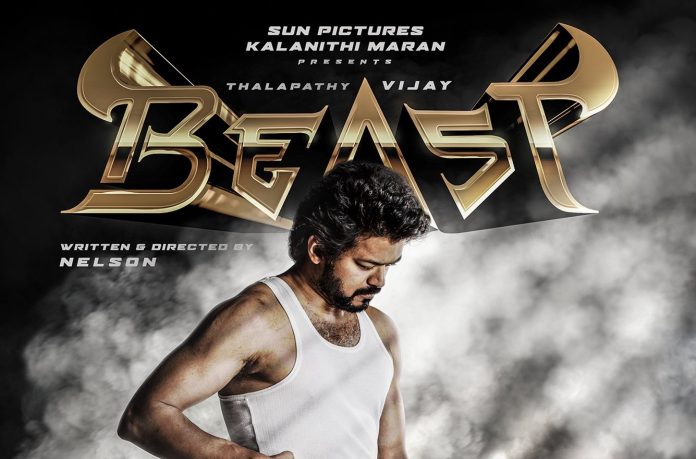 After the roaring success of Master (2021), Kollywood superstar Vijay is set to headline filmmaker Nelson Dilipkumar’s next directorial offering Beast. The actor announced the big-ticket film a couple of days ago by dropping its first poster. As was expected, the announcement received terrific response from his fans and film enthusiasts.

Now, an Indian publication reports that the team of Beast has resumed filming from today in Chennai. They are shooting for a song sequence which features Vijay and the female lead Pooja Hegde.

The report further mentions that a massive set has been erected in Chennai to film the song which has been choreographed by Jani. The ongoing schedule is expected to go on for the next 20 days. Once its completion, the team will take a short break before commencing the next schedule.

The first shooting schedule of Beast took off in Georgia with Vijay and few other cast members. Pooja Hegde was not part of the previous schedule. She has, however, joined the superstar for the ongoing schedule in Chennai.

Not much else is known about the plotline of the upcoming film, but some industry sources reveal that Vijay is playing the role of a con agent in it. It is going to be quite an intense character for the actor.

Produced by Sun Pictures, Beast also features Yogi Babu, Shine Tom Chacko, VTV Ganesh, and Aparna Das in supporting roles. The makers have yet not revealed who is playing the antagonist in the film. Buzz has it that a popular name will take on the plum role.

Anirudh Ravichander is scoring music for the film, while Manoj Paramahamsa handles the camera. The official release date of the film is yet to be announced by the makers.