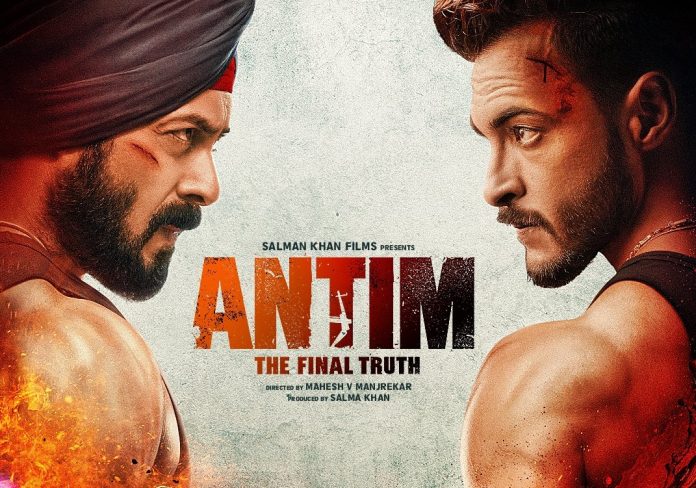 After Radhe: Your Most Wanted Bhai, Salman Khan will next be seen in Mahesh Manjrekar’s Antim: The Final Truth. A couple of days ago, Salman had unveiled the first look poster of the movie and today, the actor released the first song of the movie titled Vighnaharta.

Vighnaharta is composed by Hitesh Modak and sung by Ajay Gogavale. It has been launched at the perfect timing as on Friday (10) it is Ganesh Chaturthi.

The song features Salman Khan, Varun Dhawan and Aayush Sharma. But, it is Salman who steals the show. The actor’s Sikh cop avatar is surely one of the highlights of the song. We get to see him without shirt and doing some action, so this song is clearly a treat for his fans.

Antim: The Final Truth is a remake of the Marathi film Mulshi Pattern. The release date of the film is not yet announced, but reportedly, the makers are planning to release the movie in October 2021.

The film will mark the Bollywood debut of actress Mahima Makwana. She is a popular face in the Indian television industry.