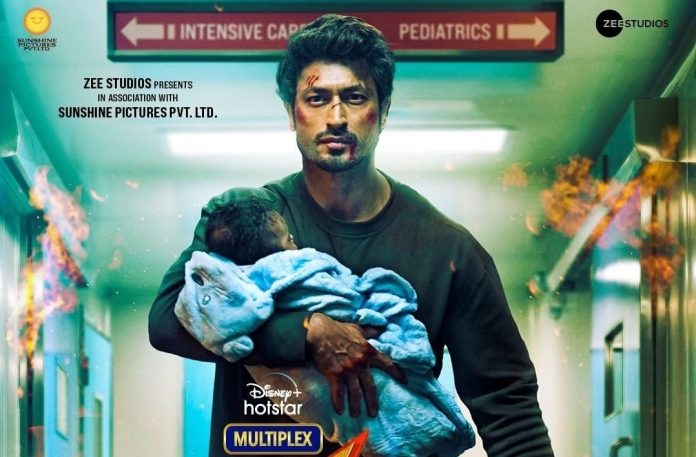 The upcoming Bollywood film Sanak, which features action star Vidyut Jammwal in the lead role, will premiere on October 15, on the auspicious occasion of Dussehra. The film is set to release digitally on Disney+ Hotstar.

Along with the announcement of the film’s release date, the makers have also unveiled a new poster featuring a determined Jammwal, holding a new-born baby in one hand and a gun in another.

Talking about the film, producer Vipul Shah says, “I am very happy to announce the date of Sanak, which we shot under the most difficult circumstances of Covid-19. The sole purpose of putting all the effort was to keep entertaining people and again, as usual, we have tried to take the action a notch higher than the Commando series. I believe that we have achieved it.”

“I hope audiences feel the same way when they see the action and emotion in Sanak. It will inhabit a very new space in Indian cinema. It’s a hostage drama, a genre that has not been explored to its full potential. It would be interesting to see all the action and drama unfold in a hospital under a siege. I am very excited to share this date and looking forward to the film releasing on Disney+ Hotstar. Hopefully, we will get lots of love from the audience,” he adds.

Sanak, produced by Sunshine Pictures Pvt Ltd, is presented by ZEE Studios. The film premieres on October 15 only on Disney+ Hotstar.