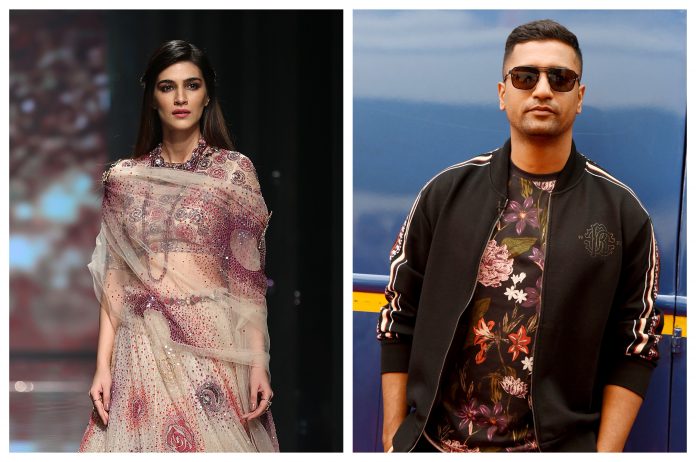 As we reported yesterday, Jackky Bhagnani is gearing up to remake the 2001 film Rehnaa Hai Tere Dil Mein, which has attained cult status over the years. While the original starred R Madhavan, Dia Mirza and Saif Ali Khan in primary roles, the makers are yet to announce the final cast for the remake.

However, if fresh reports are to be believed, Kriti Sanon and Vicky Kaushal have given their nods to the film and their paper work is expected to be over soon. The team is looking at beginning production by the end of 2022.

Divulging more details, a source in the know informs a publication, “They were on the lookout for a fresh and unconventional casting and that’s when the casting director suggested the names of Kriti and Vicky. Both the actors are keen to do the film, and the modalities in terms of the financials and dates for the shoot schedule is being worked upon at the moment. The idea is to go on the floors by end of 2022.”

Jackky Bhagnani has reportedly roped in Mom (2017) director Ravi Udyawar to direct the film. The filmmaker is currently busy with his next directorial Yudhra, which stars Siddhant Chaturvedi and Rashmika Mandanna in lead roles. Udyawar is expected to commence work on the RHTDM remake right after completing his ongoing project.

“Jackky is very excited for this film and is personally involved in every aspect, right from the script to the music. It is a cult film and taking it forward is a big responsibility,” adds the source.

Meanwhile, Kriti Sanon is shooting for Bhediya. She will soon join the sets of Prabhas’ Adipurush. The actress also headlines Vikas Bahl’s Ganpath opposite Tiger Shroff. She is also in talks to star alongside Kartik Aaryan in the Hindi remake of superhit Telugu film Ala Vaikunthapurramuloo (2020).

Vicky Kaushal, on the other hand, is gearing up to kick-start his next The Immortal Ashwatthama. Sara Ali Khan plays his leading lady in the sci-fi film.