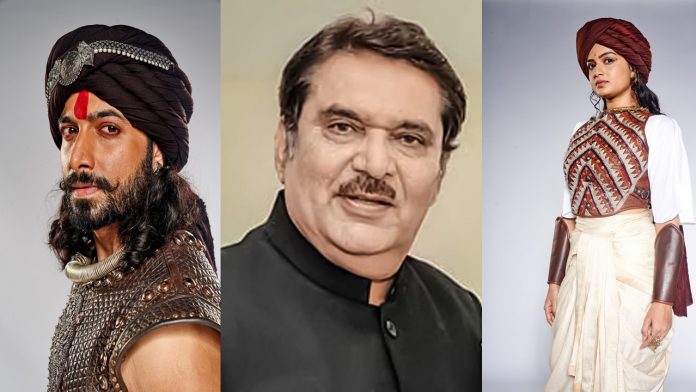 Star Plus, one of the leading general entertainment channels in Hindi, on October 11 launched a high-profile period drama titled Vidrohi. The show tells an untold story from the pre-independence era featuring freedom fighter Baxi Jagabandhu and warrior princess Kalyani. Vidrohi is set against the backdrop of the first people’s revolt against the British in India. And to narrate such a larger-than-life story, a voice of substance was the need of the hour, and who better than legendary actor Raza Murad to play the part!

Raza Murad has left a lasting impression on the audience with not only his acting but also his voice. He has always managed to steal the hearts of the audience with his screen timings. His style, accent, and mannerisms have set many benchmarks in Bollywood. The 70-year-old actor has delivered numerous films, from comedy to action. But not only his presence, sometimes his voice, too, has turned out to be the highlight of a film. He has previously played Jalal-Ud-Din Khalji in the period drama Padmaavat (2018). Here’s another period drama, Vidrohi, that he will be a part of as a narrator this time! He introduces the audience to the story and the world of Baxi Jagbandhu, Radhamani and Rajkumari Kalyani.

Speaking of playing the narrator, Murad says, “I am more than pleased to have the honor to narrate such an inspiring story out of our rich history that people have never really heard of. This story is sure to inspire the patriot in you and teleport you to the golden era. The show highlights the unknown history of India and given the bravery Jagabandhu has shown and the sacrifices that he has had to make to gain freedom is what people need to know. It is due to freedom fighters like Jagbandhu that we breathe the air we breathe and live the way we do. Their valour and sacrifices should forever be admired. Not only him, but the characters of Radhamani and Kalyani are also to be looked up to, given their grace and fearlessness. One can rightly say the show all in all is highly motivating. I am delighted to introduce a show and the key reason for me to associate with the show is that I could instantly relate to the characters. As a sutradhaar (narrator), it’s my privilege to lend my voice in a way that ties that story together; it’s been a truly unique experience. I think this story will inspire people & bring forth that untold part of History. I am grateful to the makers of the show for having faith in me and giving me a chance to narrate the greatest tale of all times. I am also grateful to Star Plus for showcasing the show and motivating viewers during these trying times.”