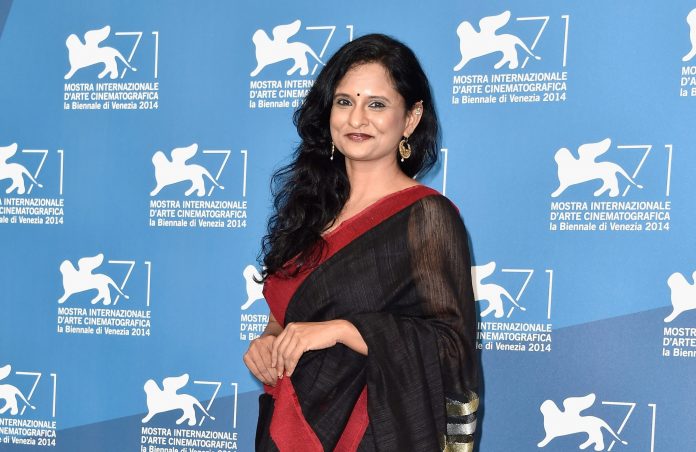 Seasoned actor Geetanjali Kulkarni says bringing on-screen the vulnerability of frontline workers amid the coronavirus pandemic in her upcoming anthology Unpaused: Naya Safar made her a more sensitive person.

Unpaused: Naya Safar a sequel to Prime Video’s last year’s anthology of the same name, showcases five unique stories that provide a window into how the Covid-19 pandemic has changed people, making them value life and emotions more than ever.

In the anthology, Kulkarni appears as Sangeeta Waghmare in a film titled War Room, directed by Ayappa KM.

“I have been doing this (acting) for 25 years, there is a craft behind making every character believable. But when I did this (anthology), one empathises with such characters and situations, you identity as you witness so many things,” the actor told PTI in a Zoom interview.

The actor, however, did not let her emotions dominate her performance. “You feel heavy with some scenes and moments while shooting as they remind you of something that either you have gone through or seen close people go through. But you have to keep your sanity and work,” she added.

Unpaused: Naya Safar narrates five unique and inspiring stories around the second wave of the pandemic, which hit India in April last year. Kulkarni, best known for her nuanced performances in web series Gullak, Taj Mahal 1989, and Chaitanya Tamhane-directed award-winning film Court, believes stories like Unpaused… “are meant to be told to make people aware of the atrocities faced by the economically backward classes during the pandemic. It has been difficult for people, especially those who come from economically backward classes… We have to introspect as society and individuals. I think literature and stories give us an opportunity to see people in different conditions, be sensitive and not be judgmental.”

The film, featuring Kulkarni, uses war rooms as its setting, and to authentically showcase the same, director Ayappa said the team did extensive research. “For our film, we took the Covid setting of the war room and it seemed like a nice place to fit in the characters. These people working in the war room are either volunteers or teachers from BMC (local civic body in Mumbai) schools who have gone beyond the call of duty to take this job in a risky time,” he said, adding that the team shot the film at the state transport head office in South Mumbai in order to make the setting look believable.

To play the role of a healthcare worker, the actor said she drew a lot of inspiration from her own experience with Covid-19.

“I had a brush with Covid myself. Maybe, unconsciously I pulled in from that experience because the doctors were wonderful, they were doing the best that they could. It was interesting to see them perform so wonderfully.”