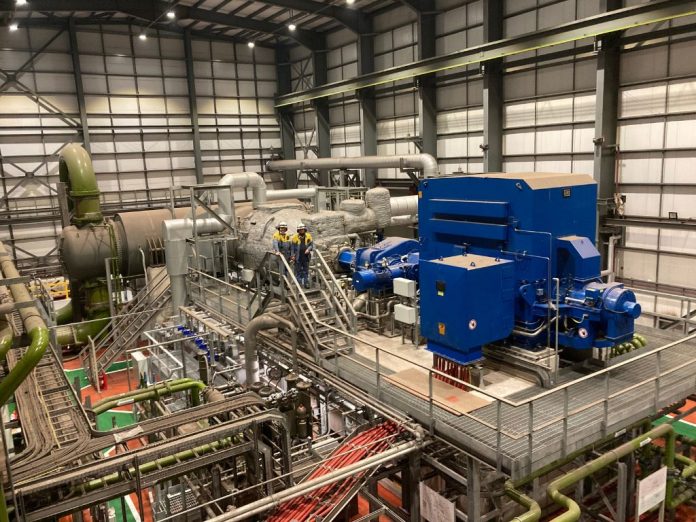 The UK will require more than 10 million tonnes of steel in the coming years to become more energy self-sufficient, according to new figures published.

Earlier this year, the country’s government set out plans to secure ‘clean and affordable’ energy in its Energy Security Strategy.

New research from Tata Steel – the country’s largest steel producer – has revealed that more than five million tonnes of steel will be needed to build thousands of wind turbines at sea by 2030.

Planned solar and nuclear power plants, which would power future Britain, are expected to require about 3.5 million tonnes of steel over the coming years.

An estimated 1.5 million tonnes of steel will be needed to build the infrastructure for hydrogen production and distribution as well as large-scale carbon capture (CCS) projects.

The metal will also be needed to unlock new sources of oil and gas from the North Sea.

Henrik Adam, chairman of Tata Steel UK, said, “Recent events have shown us just how crucial it is to have a secure energy supply. Achieving this will need an energy revolution in this country requiring millions of tonnes of steel to build new energy generation projects.

“UK steelmakers, like Tata Steel, want to be part of this revolution, such as by developing new steel products for solar farms or for floating offshore wind structures. A strong domestic and secure steel industry is also fundamental to delivering the UK Government’s ambitious energy plans.

“But if British manufacturers are to supply the essential steel and continue to employ many thousands of people in this country, we need to invest and transform this strategically-important industry so it can make carbon-neutral steel.

“We need to learn the lessons from the UK’s energy supply which, as the government says, ‘drifted into dependence on foreign sources’, undermining the country’s energy independence.

He also said that the UK’s steel industry is at a crossroads and if nothing is done, it would decline and drift away to other countries.

“Down the other path is a new era in which we transform the steel production process to make it fit for the 21st century,” Adam said.

He also added: “Geo-political events and disruptive trade issues in recent years have reminded us of the importance of being self-sufficient in essential products like steel, a product critical for the UK’s infrastructure projects, manufacturing industry and national security.”

Roy Rickhuss CBE, general secretary of Community and NTUSCC chair, said, “The green energy revolution presents a huge opportunity to build a robust British supply chain based on the supply of top-quality domestic steel. The events of the last two years tell us Britain cannot rely on fragile global supply networks for strategic goods, and if we want to go green it is nonsensical to transport steel from the other side of the world.

“Not only will using Britain’s steel be crucial to meeting our climate objectives, it will support thousands of good jobs and steel communities across the country. Steelworkers look to the government to support investment in green steel and do more to ensure that British jobs benefit from taxpayer-backed energy projects.”

According to Gareth Stace, director general of UK Steel, “These numbers clearly demonstrate the huge opportunity the energy transition represents not just to reduce emissions but to boost the UK economy, UK manufacturing and the UK steel sector.

He said the UK has the largest offshore wind sector in the world but with a target to raise the capacity by 400 per cent this decade, it was only getting started. He rued that opportunities have been missed in the past to set up a full UK supply chain for the sector but expressed optimism that the time is here to get things right. Stace said similar opportunities exist in the UK’s expansion of nuclear, solar and the roll-out of CCS and hydrogen networks.

“The UK steel industry is in a prime position to supply the steel for this new UK energy infrastructure and doing so will help maximise the jobs and economic growth the energy transition can deliver for the UK,” he said.

“Today, our sector employs 33,700 people directly and supports a further 42,000 indirectly through its purchase of goods and services, with most jobs concentrated in Yorkshire & the Humber region, and Wales where steel wages are 59% above the regional average. Producing UK energy from UK steel is the green industrial revolution in practice, creating green jobs, economic growth and levelling up.”