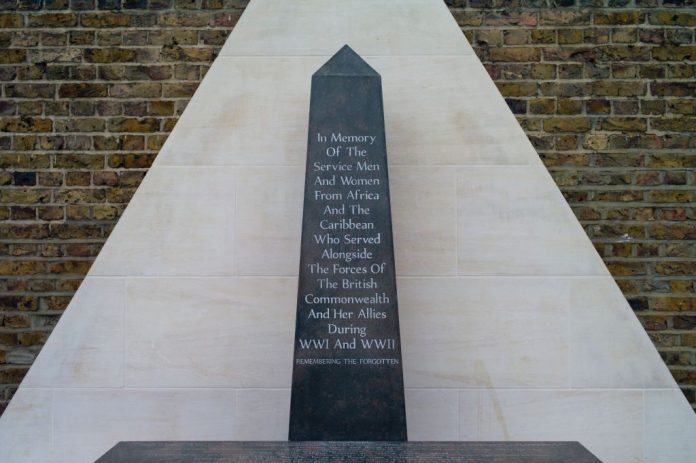 AS a new national monument was unveiled on Wednesday (22) marking the anniversary of the Empire Windrush arriving in Britain, actor Lenny Henry, poet Benjamin Zephaniah, broadcaster Trevor Phillips, London mayor Sadiq Khan and cross-party parliamentarians including Steve Baker, Diane Abbott and Baroness Doreen Lawrence have joined a public call on the government and all institutions to ‘step up’ and make the 75th anniversary of Windrush next year a major national moment – “as important in Britain’s calendar as Martin Luther King Day is in the United States”.

Findings of a new research, also released on the same day, said 23 million Britons would like to know more about the Windrush story – and two-thirds (64 per cent) of the public thought children should be taught about the Empire Windrush to help understand Britain’s history of empire and how it relates to migration and the country’s diverse society today. Only nine per cent disagreed.

More than 100 voices from across politics, faith and civil society, sport, culture and business have signed a joint letter starting the one-year countdown to Windrush 75 and urging others to play their part.

“This is not only Black History – it is British history. It should be something we all know and commemorate,” the joint letter states.

The arrival of the ship HMT Empire Windrush at Tilbury Docks, Essex, in 1948, bringing 500 passengers from the Caribbean, is a moment that symbolises the start of post-war Commonwealth migration to Britain and the shift towards the multi-ethnic society of Britain today. June 22, 2023, will mark the event’s 75th anniversary.

Campaigners have created the Windrush 75 Network to help coordinate efforts across the UK over the next 12 months and beyond to encourage the maximum public participation in Windrush Day as a national moment.

The new polling by Focaldata which was carried out in February and March this year for the Windrush 75 Network and think tank British Future also found:

• A majority of people in Britain (57 per cent) felt the arrival of the Empire Windrush in the UK is an important moment in British history. Majorities of Conservative and Labour voters, Leavers and Remainers agreed. Just 10 per cent disagreed.

• Around half of the public (46 per cent) and 55 per cent of ethnic minority citizens thought Britain should mark the 75th anniversary of the Empire Windrush’s arrival in the UK in a significant way, while just 15 per cent disagreed.

• Half the public (49 per cent) said they are familiar with the story of the Windrush, while around half (46%) said they would like to know more about it.

Sunder Katwala, director, British Future, said, “The arrival of the Windrush in 1948 has come to symbolise how Britain’s past has shaped the society we live in today. The 75th anniversary is a chance to mark that important historic moment and also to chart the future we will share together.”

Patrick Vernon, Windrush 75 Network convenor, said, “We have one year now until the 75th anniversary of the Windrush. It’s something we should commemorate as a major event and a piece of our history that every child should learn about at school. It is something every institution should be marking in a significant way.”