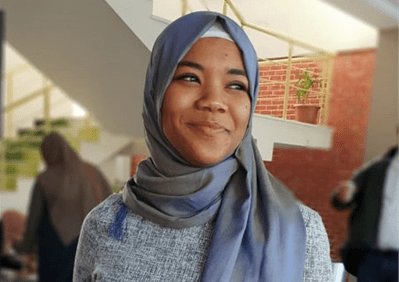 THE ELECTION of Shaima Dallali as the next president of the UK’s National Union of Students (NUS) will depend upon the outcome of an investigation into the allegations of anti-Semitism involving her. Recently, the Education Secretary Nadhim Zahawi cut off ties with the NUS.

Dallali is accused of failing to commit to the International Holocaust Remembrance Association (IHRA) definition of anti-Semitism.

As Dallali’s alleged historic anti-Semitic comments on social media resurfaced amid her election, the NUS said it would set up an independent inquiry into her history.

The association defines anti-Semitism as “a certain perception of Jews, which may be expressed as hatred toward Jews”.

According to it, “rhetorical and physical manifestations of anti-Semitism are directed toward Jewish or non-Jewish individuals and/or their property, toward Jewish community institutions and religious facilities.”

The NUS said in a statement, “We will be appointing a highly regarded independent party to undertake the investigation and we will be consulting with the Union of Jewish Students in making the appointment.”

It said the investigation would look into a range of Dallali’s comments and actions alleged to have taken place over the last decade.

The NUS’ rules state that all candidates for its office “must have a commitment to anti-racism … and anti-Semitism as per the IHRA definition”.

Following the reports of anti-Semitism, education secretary Nadhim Zahawi last week cut off official ties with the NUS, a development that could choke government funding to the student organisation.

The Union of Jewish Students, which raised concerns over Dallali’s alleged comment, reacted to the NUS announcement of the investigation, saying its “voice is being heard”.

“Over the past few months, there have been a lot of discussions and news stories over the issues with anti-Semitism and NUS. Jewish students have felt excluded and ignored and now our voice is being heard and Jewish students are not being silent,” it said.