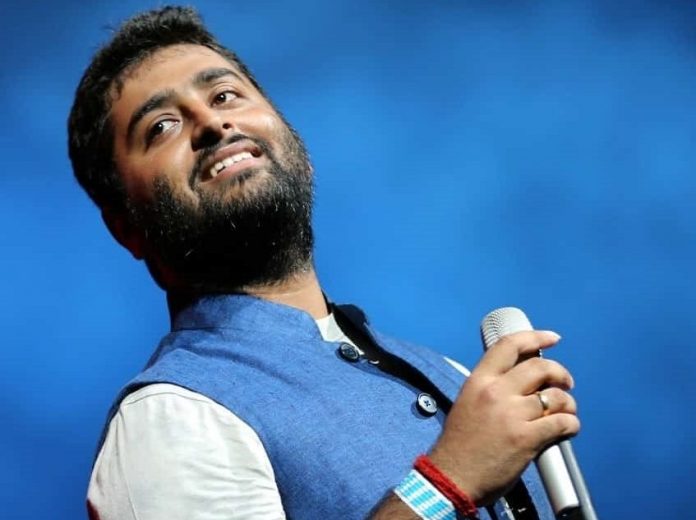 POPULAR singer Arijit Singh turns a year older on April 25 and then returns to UK the first week of May for two huge arena concerts, where he will be performing his greatest hits.

To celebrate India’s most popular solo star returning for a British tour and his 35th birthday, Eastern Eye decided to present 20 quick facts about the sensational music maestro.

■ The singer was born on April 25, 1987, in the West Bengal district of Jiaganj, Murshidabad, to a Punjabi father and Bengali mother.

■ Arijit started learning music at the age of three and delivered his first live performance a year later when he sang a bhajan on stage.

■ The classically trained maestro first came to prominence as an 18-year-old on reality TV series Fame Gurukul in 2005. Although he lost, Arijit entered another reality show, 10 Ke 10 Le Gaye Dil and won.

■ Top filmmaker Sanjay Leela Bhansali recognised his talent on Fame Gurukul and got him to sing Yun Shabnami for his film Saawariya (2007), but a script change meant the song was never used or released.

■ He made his Telugu language singing debut with Neeve Na Neeve Na from Kedi (2010), which became his first major film song release.

■ The multi-talented star worked as a music programmer for big named composers like Shankar–Ehsaan–Loy, Vishal–Shekhar, Mithoon and Pritam before becoming an in-demand singer. He assisted in the production of hit songs like Balam Pichkari from Yeh Jawaani Hai Deewani (2013).

■ He made his official Bollywood singing debut with the Mithoon composed song Phir Mohabbat from Murder 2 (2011). The song was actually recorded in 2009 and Arijit wasn’t aware until it finally released and a friend told him.

■ The second most popular language he has delivered songs in after Hindi is Bengali. He has sung for Bengali cinema every year since singing two tracks for his 2011 debut film Egaro, the Immortal Eleven.

■ Arijit became the youngest ever male singer to win a Filmfare Best Male Playback Singer award for his star-making Aashiqui 2 song Tum Hi Ho and was just 26 at the time. He has won the trophy six times in total so far.

■ The singer made his Marathi debut with the qawwali Yaar Illahi from the film Katyar Kaljat Ghusali (2015).

■ The singer made his directorial debut with Bengali film Bhalobashar Rojnamcha (2015), which is a compilation of short films tackling different subjects.

■ After singing in various other languages, Arijit finally sang his first Tamil film song Neeyae from the film Pugazh (2016) and made his Gujarati debut the same year with Satrangi Re from Wrong Side Raju (2016).

■ The versatile singer and musician once confessed that he likes all genres except heavy metal because it is too loud.

■ Arijit was declared the most-streamed Indian artist of 2020 and 2021 by Spotify and is currently the most followed Asian soloist on the music platform.

■ The singing superstar made his fullfledged debut as a film composer with the acclaimed Pagglait (2021) soundtrack and sang a majority of the 24 tracks, which he dedicated to AR Rahman.

■ Arijit likes lyricists to be in the recording studio to get a better understanding about sentiments he is singing.

■ He once confessed to being a fan of Coldplay and wanting to collaborate with Norah Jones because he loves her music. Other western artists he enjoys listening to include John Legend and John Mayer.

■ Songs he enjoys singing most are ones that connect with him on a personal level and an example of this is Safar from Jab Harry Met Sejal.

Arijit Singh is in concert at Utilita Arena in Birmingham on May 1 and OVO Arena Wembley in London on May 2.