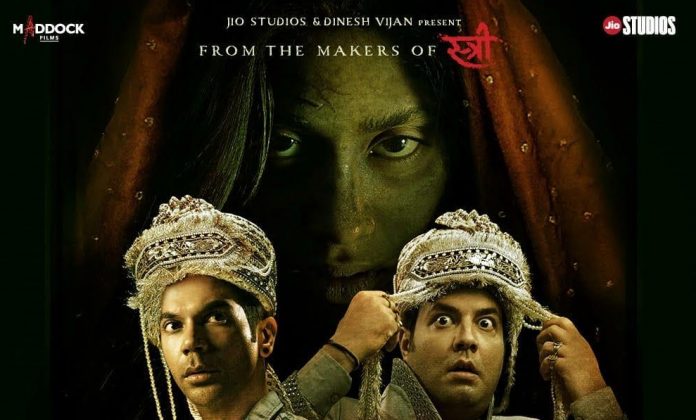 Yesterday, the makers of Rajkummar Rao, Janhvi Kapoor, and Varun Sharma starrer Roohi announced that their film will hit the big screens on 11th March 2021, and today, they have released the trailer of the movie.

The trailer of the film is decent, and it is the actors’ performances that take it a notch higher. Rajkummar and Varun’s comic timing is amazing in the trailer, and though Janhvi doesn’t get any comedy scenes to do, she successfully spooks us with her expressions and makeup.

Producer Dinesh Vijan is trying to make a horror-comedy universe, and after Stree, now he is coming up with Roohi. Well, if we compare the trailer of Stree and Roohi, then the latter falls a bit flat. But let’s hope the movie turns out to be better than its trailer.

Roohi is directed by Hardik Mehta, and it is the first Bollywood film with A-list stars that will be hitting the big screens after the lockdown. It will surely be interesting to see what response the movie will get at the box office.