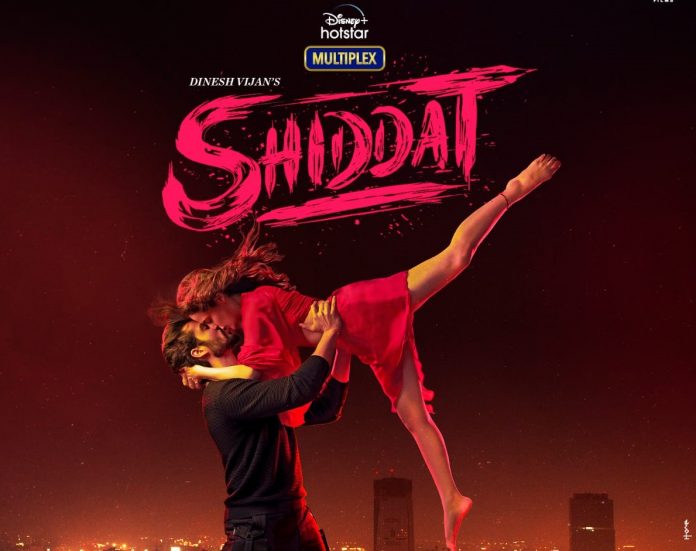 A few days ago, it was announced that Sunny Kaushal, Radhika Madan, Mohit Raina and Diana Penty starrer Shiddat will get a direct-to-digital release on Disney+ Hotstar.

Now, the trailer of the film has been released. Disney+ Hotstar took to Twitter to share the trailer.

They posted, “Feel the power of love with #ShiddatTrailer out now. #Shiddat releasing on 1st October on #DisneyPlusHotstarMultiplex Watch trailer now.”

The trailer of Shiddat is interesting and this one looks like an intense love story. However, let’s hope that it doesn’t turn out to be the usual Bollywood romantic film and offers something new and different.

The movie stars Sunny Kaushal and Radhika Madan in the lead roles and both the actors are good in the trailer. But the show stealer is Mohit Raina. His entry takes the trailer a notch higher. Diana Penty doesn’t get much scope in the trailer, but she looks pretty in it.

While talking about the movie, producer Dinesh Vijan said, “As a genre, love stories are timeless, they have always been embraced by audiences. An emotion each and every one of us has felt, the agony, the ecstasy, the whole grandeur of romance is what we have tried to capture in Shiddat.”

Directed by Kunal Deshmukh, Shiddat will premiere on Disney+ Hotstar on 1st October 2021.