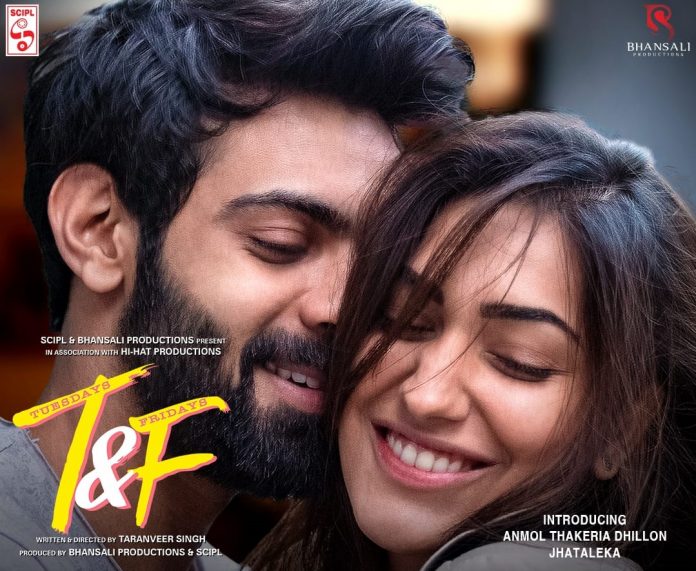 Sanjay Leela Bhansali is a great director and apart from directing movies, he also produces films. His next production venture is Tuesdays & Fridays which stars newcomers Anmol Thakeria Dhillon and Jhataleka.

A couple of days ago, the release date of the movie was announced, and today, the makers have released the trailer of the movie. Bhansali Productions took to Instagram to share the trailer with everyone.

Well, the trailer is decent and the movie looks like a typical Bollywood rom-com with a touch of drama in it. Tuesdays & Fridays revolves around two characters who are dating each other, but there are some terms and conditions in their relationship. For example, they are only in a relationship on Tuesdays and Fridays, and other days of the week, they are just friends. It’s an interesting concept but let’s see how the movie turns out to be.

Tuesdays & Fridays marks the debut of Anmol Thakeria Dhillon and Jhataleka. Both the actors are looking confident in their debut and we look forward to see them on the big screen. Anmol is the son of veteran actress Poonam Dhillon.