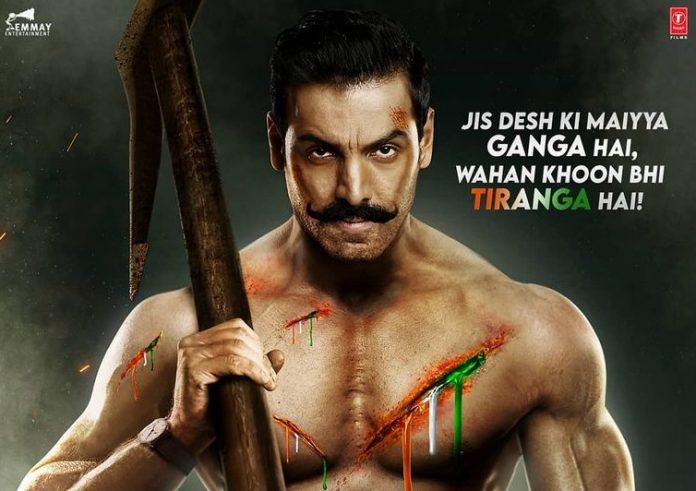 Satyameva Jayate starring John Abraham released in 2018, and it was a hit at the box office. Later, a sequel to the film titled Satyameva Jayate 2 was announced with Abraham and Divya Khosla Kumar in the lead role.

The movie is slated to release on 25th November 2021, and on Monday (25), the trailer of the film was launched. Abraham took to Twitter to share the trailer with his fans.

Well, the trailer of Satyameva Jayate 2 is strictly average. We expected more from it, and apart from Abraham’s muscles, there’s nothing much in the trailer that grabs our attention. The movie will clearly be a treat for the actor’s fans as they will get to watch him in a triple role.

Satyameva Jayate 2 also stars Divya Khosla Kumar, and in the trailer, she has not been given much scope apart from a couple of scenes. It’s a John Abraham film, so we also have a Nora Fatehi song in it, and we get a small glimpse of the track in the trailer.

While the movie will be releasing on 25th November, it will be clashing with Salman Khan’s Antim (26th November) during the same weekend. Both the films are targeting the masses, so it will be interesting to see which movie will win the box office race.