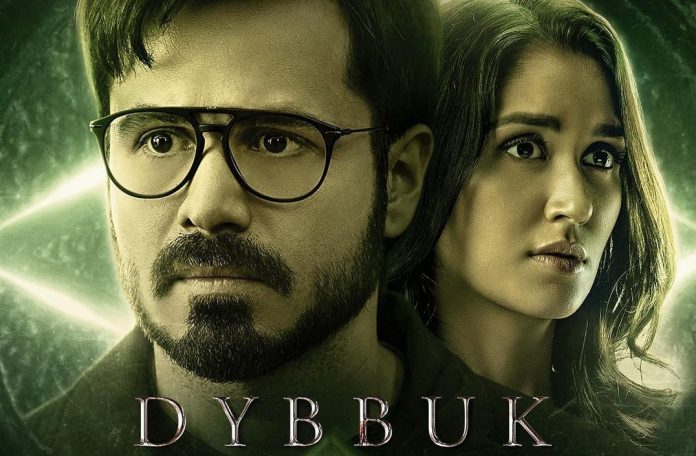 The makers of Dybbuk – The Curse Is Real recently unveiled the trailer of the upcoming horror film, which managed to send a chill down audiences’ spine. The film stars Emraan Hashmi whose filmography boasts of several successful horror films such as Raaz: The Mystery Continues (2009), Raaz 3 (2012) and Ek This Daayan (2013).

Ever since the trailer released on YouTube, it has been receiving positive response from across the board. The trailer has now made it to YouTube’s trending videos and the spot it has occupied is not a coincidence.

The trailer of Dybbuk – The Curse Is Real has been trending at number 13 and, according to a lot of cultures, the said number is associated with ghosts and paranormal stuff. The makers of the film must be on cloud nine with this occurrence as it adds just that little bit of intrigue!

Written and Directed by Jay K, Dybbuk – The Curse Is Real is the official remake of the 2017 Malayalam blockbuster film Ezra. The film is set to release on 29th October, 2021 on Amazon Prime Video.

In addition to Emraan Hashmi, the film also features Nikita Dutta and Manav Kaul in prominent roles. The spooky trailer sees Dutta’s character opening a Dybbuk box that has trouble written all over it. What follows next is a series of terrifying events that will keep the audiences at the edge of their seats. Get ready for the supernatural thriller as it leaves you with an unsettling mystery that looms ahead to unravel. Do not forget to stream the film on 29th October only on Amazon Prime Video.