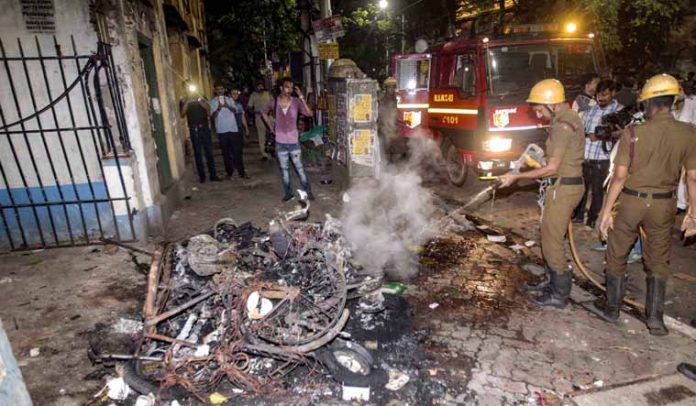 The TMC on Tuesday sought a meeting with the Election Commission over the destruction of a statue of Bengali writer and philosopher Ishwar Chandra Vidyasagar during clashes between workers of the ruling party and the BJP.

Supporters of the Bharatiya Janata Party (BJP) and the Trinamool Congress (TMC) fought pitched battles on the streets of Kolkata during a massive road show by the former’s president Amit Shah, who escaped unhurt, but was forced to cut short the jamboree and had to be escorted to safety by the police.

Parts of the city plunged into a welter of violence as his convoy was attacked with stones by alleged TMC supporters from inside the hostel of Vidyasagar College, triggering a clash between supporters of the two parties, officials said.

Earlier, O’Brien, also TMC spokesperson, took to Twitter and alleged that “violent mob of outsiders” were behind the attack.