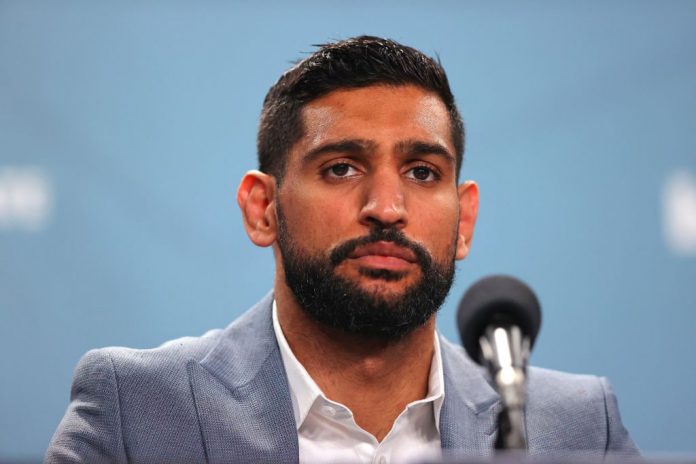 Three men have been charged with conspiracy to commit robbery more than two months after former world boxing champion Amir Khan was threatened and robbed at gunpoint in east London.

On April 18, a few men approached Khan in Leyton and robbed him of his expensive watch after threatening the boxer with a gun. Khan’s wife Faryal was also with him when the incident took place.

Metropolitan Police said Ahmed Bana, Nurul Amin and Dante Campbell, who all have been charged over the incident, would be produced before Thames Magistrates’ Court.

While all three of them are facing conspiracy charges, Campbell is also accused of possessing an imitation firearm with intent to cause fear of violence, and ammunition for a firearm without a certificate.

Khan, wearing his diamond-studded watch worth about £72,000 had been photographed with a fan in Oxford Street hours before the robbery took place.

The former WBA (World Boxing Association) and IBF (International Boxing Federation) light-welterweight champion tweeted soon after the incident, “Just had my watch taken off me at gunpoint in East London, Leyton.”

“I crossed the road with Faryal, luckily she was a few steps behind me. Two men ran to me, he asked for my watch whilst having a gun pointed in my face. The main thing is we’re both safe.”

In May this year, Khan announced his retirement from boxing after a 17-year professional career.

His career ended in defeat when he was stopped in the sixth round of his grudge match against long-time rival and compatriot Kell Brook in Manchester in February.