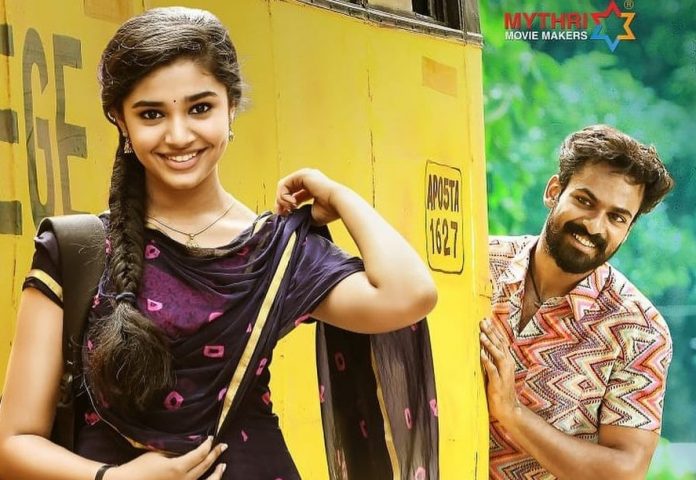 Showbiz is full of surprises. Nobody knows what the next Friday has in store for actors, filmmakers, and technicians working day and night on films. There have been occasions when films featuring the biggest of superstars fell flat at the box-office, incurring humongous losses to the producers. On the other hand, showbusiness is also replete with examples where films with rank newcomers or relatively new actors set the cash registers jingling, netting huge profits for all the stakeholders involved.

Telugu film Uppena (2021), starring newcomers Vaishnav Tej and Krithi Shetty, belongs to the second category. The romantic drama, which hit the marquee on 12th February, 2021, has taken the box-office by storm with an impressive opening of over 400 million gross in its opening weekend. Needless to say, the film has emerged as the biggest opening for a Telugu film since theatres resumed operations in Telangana and Andhra Pradesh after the Coronavirus-indued lockdown.

Uppena, directed by Bucchi Babu Sana, revolves around a lower-class boy who falls head over heels in love with a girl from a rich, influential family. It is not a story that the audience has not seen before on celluloid, but it is the treatment of the film which is drawing audiences to cinemas in droves. Another highlight of the film was its music which became hit amongst audiences even before the release.

Trade analyst Trinath says that Uppena has received the best opening for a film featuring debutants in this decade in Telugu cinema. “The film has taken a phenomenal opening, and it has stunned the trade. In its opening weekend in Telugu states, it has approximately grossed over ₹40 crore. It is, by far, the best opening for a Telugu film featuring debutants in this decade,” he told an Indian publication.

He added, “This success is very heartening for the theatre business which was affected throughout the pandemic. Even when theatres opened a few weeks ago, no film registered such terrific numbers but Uppena has been exceptional with its performance at the box-office.”

Uppena has been jointly produced by Mythri Movie Makers and Sukumar Writings.