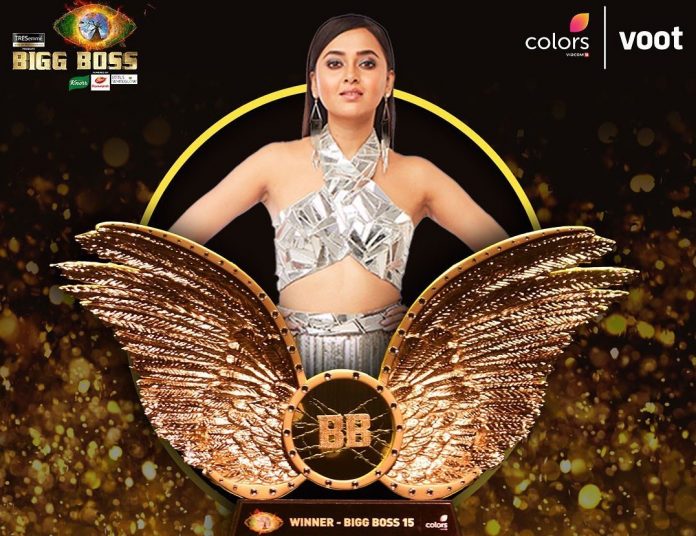 Popular television actress Tejasswi Prakash emerged as the winner of Bigg Boss 15 in the finale of the show broadcast in two halves over the weekend.

Model-actor Pratik Sehajpal, who was the first contestant of Bigg Boss OTT to be confirmed for Bigg Boss 15, emerged as the runner-up of the controversial reality show.

Bigg Boss 15 hit the airwaves on Colors on October 2, 2021. After 121 days of intense drama, the reality show concluded on January 30 with Tejasswi Prakash bagging the coveted trophy and prize money of approximately £ 39,793.

On winning the coveted trophy, Prakash thanked her parents, host Salman Khan and the audience for voting for her. Though the actress was loved by many, she received backlash from ex-Bigg Boss contestants and celebrities for age-shaming co-contestant Shamita Shetty.

In addition to winning Bigg Boss 15 along with a whopping cash prize, Prakash has also bagged Ekta Kapoor’s much-anticipated supernatural revenge drama Naagin 6, which is set to air on the same channel soon.

Made under the banner of Kapoor’s Balaji Telefilms, the high-profile show will see the actress in the role of a shape-shifting serpent. The makers announced her name in the grand finale episode of Bigg Boss 15. If reports are to be believed, Bigg Boss 15 contestant Simba Nagpal has been cast to play the male lead on the show. An official announcement confirming his casting is awaited, though.