Home Enterainmnet stories Tanya Maniktala: A lot of opportunities have come my way 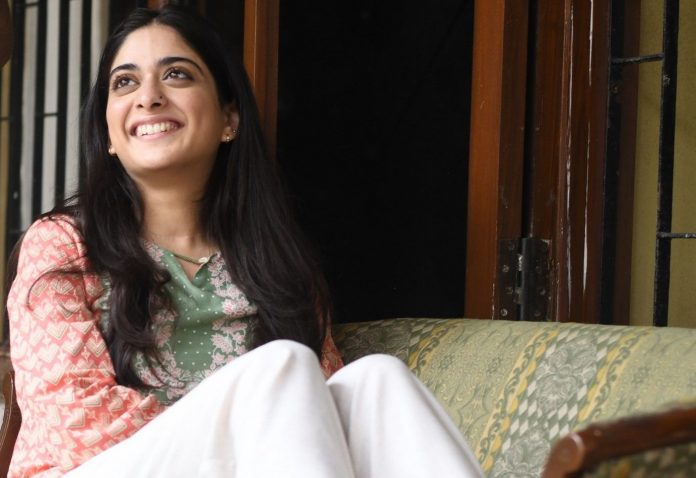 Tanya Maniktala became a household name after the release of Mira Nair’s A Suitable Boy in which she played the lead role. The series aired on BBC One and later it started streaming on Netflix.

The actress is currently seen in the series Chutzpah which started streaming on Sony LIV on Friday (23). We recently interacted with Tanya and spoke to her about her role in the series, how life has changed after A Suitable Boy, and more.

When we told her that we were a bit shocked to see her in the trailer of Chutzpah as we saw her as the sweet Lata in A Suitable Boy, Tanya said, “That is the shock that I wanted to give, but I hope it’s a good shock. I actually had the same reaction from my parents as well. My mother called me up and said, ‘your trailer got released and what!’ she was shell-shocked, she had no words. But, I told her ‘maa just wait, it’s something very exciting.’ I hope for the same kind of reaction from my audience.”

When we asked Tanya, how life has changed after A Suitable Boy, the actress said, “Life for Tanya as an actor has definitely taken a turn for the best. A lot of opportunities have come my way; I have got the chance to work with such incredible people whose work I would admire. For example, I have worked with Santosh Sivan sir in Mumbaikar, and I have worked with Varun (Sharma) now. My father adores him from Fukrey, and he is looking forward to Chutzpah because he is like ‘Choocha dekhne ko milega’. So, I am grateful for this journey that I have had. But, Tanya as a person is still very much the same.”

Santosh Sivan’s Mumbaikar also stars Vikrant Massey and Vijay Sethupathi. While talking about the movie, Tanya told us, “We have shot for the film, and it’s going to release soon, but I don’t know when though.”