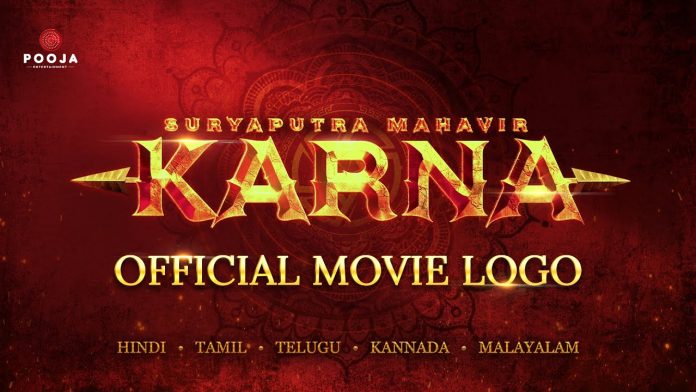 The makers of the upcoming Indian magnum-opus Suryaputra Mahavir Karna, a retelling of the great war of Mahabharata from the perspective of Karna, the son of Surya and Kunti, unveiled the motion poster the film today. The motion poster also has glimpses of the grandness the film has to offer, such as the battlefield with colossal statues, carriages, elephants and men battling it out.

Produced by Pooja Entertainment, Suryaputra Mahavir Karna is written and directed by RS Vimal. According to reports, the film will be made on an estimated budget of 3000 million, which makes it more expensive than SS Rajamouli’s Baahubali: The Conclusion (2017) which was made on a budget of 2500 million.

“Mahabharata is one epic tale that has inspired many filmmakers around the globe. However, barely any scripts are presented on the celluloid from Suryaputra Mahavir Karna’s perspective. Bringing this story alive for the first time ever on the big screen by producers Vashu Bhagnani, Deepshikha Deshmukh, and Jackky Bhagnani,” a statement from the makers read.

Suryaputra Mahavir Karna was announced in 2018 with Tamil superstar Vikram playing the title role in it. The actor had announced starring in the film through a post on his Instagram handle. However, if fresh reports are to be believed, Vikram has opted out of the magnum-opus.

One can believe the news as the motion poster of the film has no mention of Vikram. It is reported that the talented actor has walked out of the film as he is part of another historical fiction Ponniyin Selvan directed by Mani Ratnam.

Buzz has it that now the makers are looking at roping in an A-list actor from Bollywood for the lead role. The film will go on the floors by October of this year. It will be made in Hindi, Tamil, Telugu, Kannada, and Malayalam.