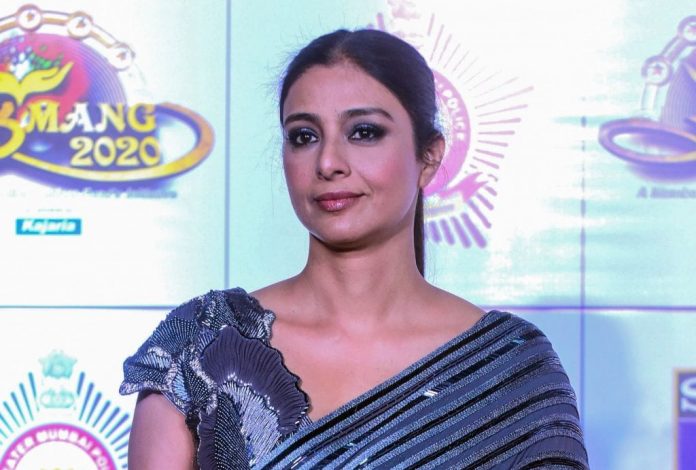 Tabu is undoubtedly one of the most talented and successful actresses we have in the Indian film industry. She started her journey as a child actor, and as an adult her first lead role was in 1991 release Telugu film Coolie No. 1.

Also starring Venkatesh, Coolie No. 1 completed 30 years of its release on Monday, and Tabu took to Instagram to thank the film’s team and her fans.

She posted, “Slightly unbelievable and thoroughly overwhelming to know that it’s 30 years since my first film Coolie No.1 released. It’s a moment of much pride,along with many other emotions..most importantly of gratitude. To thank Rama Naidu sir,Suresh Naidu,Venkatesh Naidu for giving me my first release ,for laying a solid foundation for the years to come..and for whom,I will always be Paapa.(baby in Telugu :))”

“My guru K.Raghavendra Rao for presenting me like a dream on screen, who taught me all that I needed to learn about humility,beauty, the value of being on time and of never forgetting to enjoy life.Thank you Gurugaru.I owe you much. Thank you to everyone who walked with me during this journey. @sureshproductions @venkateshdaggubati @raghavendraraokovelamudi @ranadaggubati for the footage 🙂 #illyaraja #spbalasubramaniam ��� #Chitra,” she further wrote.

While Coolie No.1 marked Tabu’s acting debut as a lead, her first Bollywood film was 1994 release Vijaypath. In these 30 years, Tabu has been a part of many successful films like Maachis, Saajan Chale Sasural, Hum Saath-Saath Hain, Hera Pheri, Virasat, Astitva, Chandni Bar, Maqbool, Cheeni Kum, Haider, Drishyam, Golmaal Again, Andhadhun, and others.

Tabu will next be seen in Bhool Bhulaiyaa 2 which also stars Kartik Aaryan and Kiara Advani in the lead roles. The movie is slated to release in November this year.