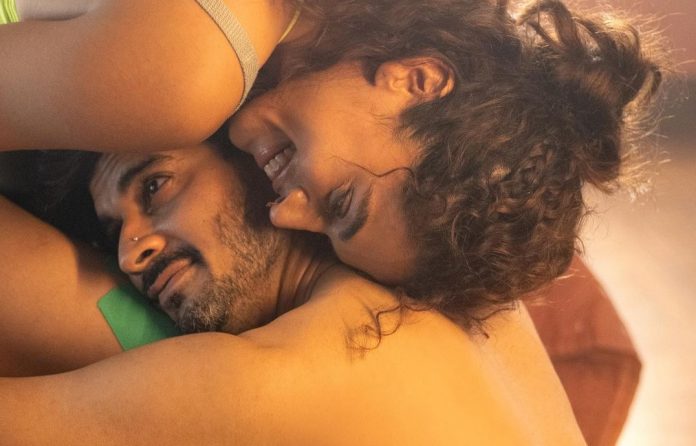 With close to half-a-dozen films on her platter, Taapsee Pannu is one of the busiest actresses around. She is currently shooting for filmmaker Aakash Bhatia’s Looop Lapeta with Tahir Raj Bhasin.

Looop Lapeta is an adaptation of the successful German thriller Run Lola Run (1998). The team is currently shooting in Goa, where an unusually different romantic scene was filmed between Taapsee Pannu and Tahir Raj Bhasin recently in an open ground.

Talking about the scene, Pannu says, “This is the first time that I have shot a romantic scene with an action scene’s set-up — harnesses, rigs and mid-air elevation. Had I been an onlooker, I would have also been fascinated to just watch it happen. My character, Savi, is practical and a no-nonsense girl. The man she is in love with adds colour to her life and becomes the anchor she needs. It’s like a fire-and-ice combination, and when they meet, the visual had to be captured in a unique way. Like the rest of the film’s visuals, even the romantic sequences look striking. Shooting this scene was surreal. I have never done anything like this. It was aesthetically and beautifully shot. Love is the backbone of Savi’s character, and she is trapped in a predicament to salvage her mess-ridden boyfriend.”

Bhasin, who is known for films such as Mardaani (2014) and Chhichhore (2019), describes his experience of shooting the scene as a romantic stunt. “We literally hung out and kissed! Satya, my character, is passionate and irreverent. His romance with Savi is a cocktail of both these traits. When I first read the script of Looop Lapeta, Satya and Savi felt like Yin and Yang — different and yet two parts of a whole. I have had a great time playing out this romance on screen. It’s a roller-coaster adventure that shuttles between mad attraction and visceral implosions; precisely what makes their relationship so connected, comical and yet, relatable,” he says.