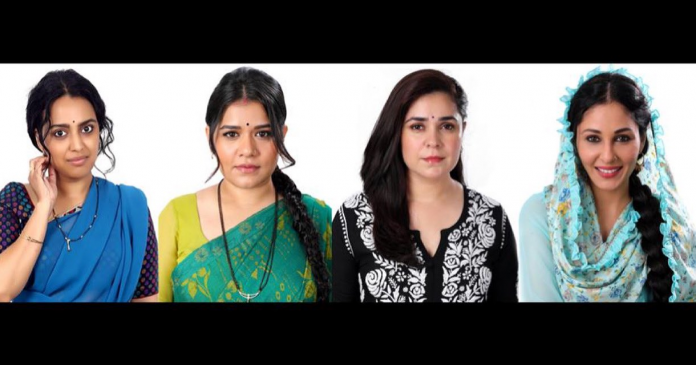 Shikha Talsania, Swara Bhasker, Pooja Chopra and Meher Vij are set to star in the upcoming Hindi film Jahaan Chaar Yaar, which revolves around four housewives who are stuck in lacklustre marriages and embark on a journey to become more daring and break the monotony of life.

Talking about his upcoming production, Bachchan says, “As cinemas open their doors again, it is a matter of time till audiences open their hearts again. We just need to welcome them back with a rocking film! Jahaan Chaar Yaar is an empowering tale of friendship filled with engaging twists and turns. I am sure it will reignite the glory of big screen entertainment.”

Actress Shikha Talsania, who was last seen in Coolie No. 1 (2020), took to Twitter to announce her casting in the film. “Excited to announce my next, Jahaan Chaar Yaar with Swara, Meher and Pooja. Presented by Soundrya Productions, directed by Kamal Pandey, produced by Vinod Bachchan. Shoot commences from 5th March, 2021.”

Kamal Pandey, who has previously written Shaadi Mein Zaroor Aana, Saheb Biwi Aur Gangster Returns (2013), and Shakthi: The Power (2002), will call the shots for Jahaan Chaar Yaar. He makes his directorial debut with the film. The makers are gearing up to shoot the film in rustic locales of Uttar Pradesh as well as the beaches of Goa.