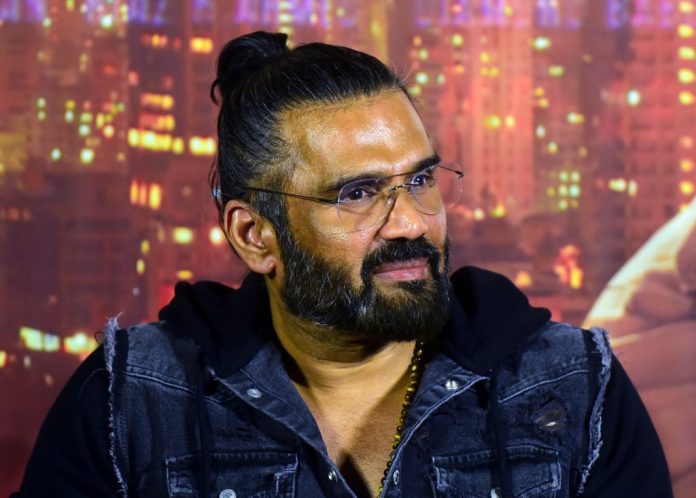 A few days ago, Suniel Shetty completed 29 years in the film industry, and now, the actor is all set to make his digital debut with Yoodlee Films’ web series Invisible Woman.

Directed by Rajesh M. Selva, Invisible Woman will be a noir action thriller and it also stars Esha Gupta in the lead role. The production house took to Twitter to make an announcement about it.

Yoodlee Films tweeted, “The #Wolfpack is expanding ! Presenting our first web series : Invisible Woman with the OG action man Suniel Shetty along with the lovely Esha Gupta. Directed by Rajesh M. Selva. Will be a killer noir action thriller. Buckle Up, we are just getting started!”

We are sure fans of Shetty will be super excited about his digital debut.

Yoodlee Films has produced some interesting movies in the past few years. So, the expectation from Invisible Woman is also quite high.

Talking about other projects of Shetty, the actor will be seen in Marakkar: Lion of the Arabian Sea (Malayalam) and Ghani (Telugu).

Marakkar: Lion of the Arabian Sea, which stars Mohanlal in the lead role, was slated to release last but was postponed due to the pandemic. Later, the makers decided to release it in August this year, but it was once again delayed due to the second wave of Covid-19. The new release date of the movie is not yet announced.