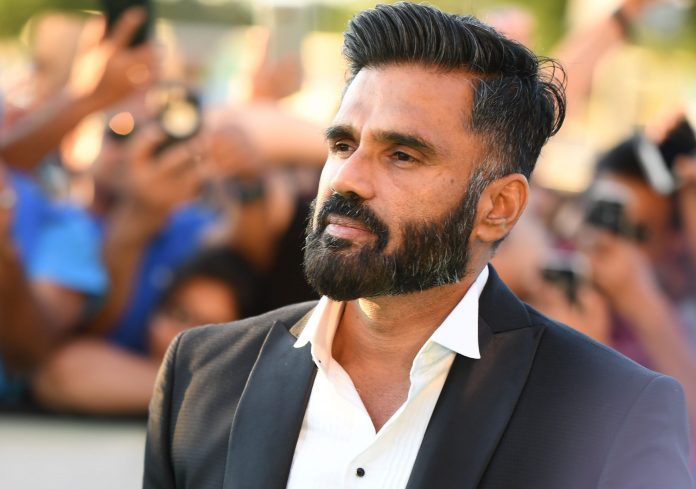 Suniel Shetty, one of the most popular actors from the 90s, is eagerly waiting for the release of the upcoming Bollywood film Tadap. Produced by Sajid Nadiadwala and directed by Milan Luthria, the film marks his son Ahan Shetty’s debut in showbiz.

Ahead of the release of Tadap, Suniel Shetty spoke to an Indian publication about being anxious as a parent for his son’s first film.

“As a parent, it does feel like Ahan’s birthday. He is stepping into a new world, where receiving acceptance is actually a long way,” he said.

The actor, who began his acting career with the 1992 film Balwaan, added, “I am praying that my son gets accepted in showbiz. So far, the trailers and the songs are doing extremely well. People have been showering with so much love and support. But yeah, as a parent, I am anxious too.”

“I am looking forward to this budding new actor. I have seen the film, I am happy with it, but yeah, Ahan’s happiness matters the most to me,” he said.

When asked about what advice he gave to his son, Shetty said, “I have always told Ahan that he can strive to be a brilliant actor, but he has to be a brilliant human before that. I tell him that God has given him an opportunity, and to make the most of it, because the little things and gestures that you do for others are always appreciated.”

Tadap is an official remake of the successful Telugu film RX100 (2018) and also stars Tara Sutaria in the lead role. The film is due in cinemas on 3rd December.