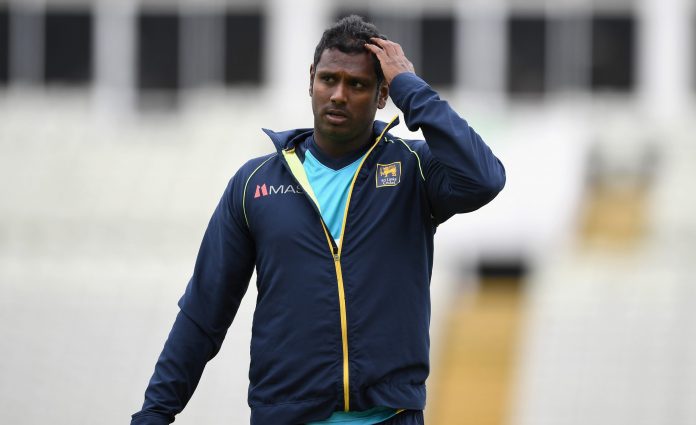 Veteran Sri Lankan all-rounder Angelo Mathews is slowly coming to terms with the fact his body can no longer stand up to the rigours of test bowling and that his future role in the team will be as a specialist batsman.

The 33-year-old, who has been battered by injuries throughout his career, has not bowled in a test match since 2018 in Christchurch due to concerns about the physical toll from his workload across all three formats.

Sri Lanka did call upon his seam bowling in their home limited-overs series against West Indies earlier this year but Mathews said the workload was probably the most he could handle.

“Unfortunately I haven’t bowled much in test matches, purely because of the workload,” Mathews told Reuters from Hambantota where he captains Colombo Kings in the Lanka Premier League.

“I’ll definitely keep bowling in the shorter formats as long as possible … but to bowl in test matches, my workload would be extremely high and it’s very demanding when you play all three formats.”

Mathews made his Sri Lanka debut in 2008 as a strapping seam-bowling all-rounder but broke down frequently due to persistent leg injuries.

He did not regret playing as much, though acknowledges he could have put more thought into his training.

“But that’s all history, I’m glad that I’m feeling good right now and hope to continue in the same manner.”

Mathews said Sri Lanka could still benefit from his bowling in limited-overs cricket.

“I’ve started bowling in the last 18 months in the short format where obviously we play a lot of cricket,” he added.

“In shorter formats, I think my experience and bowling can help the team in a big way in terms of team balance and giving that extra option to the captain and the coach.”

Mathews became Sri Lanka’s youngest test captain at the age of 25 in 2013. He quit as limited-overs captain in 2018 after the team’s early exit from the Asia Cup.

Under Dimuth Karunaratne’s leadership, Sri Lanka are ranked fifth in tests and eighth in one-dayers and Mathews said he had no ambition to return to the role.

“I gave up captaincy two years ago and never thought of taking it back,” he said. “I’ve moved on from leading the team, and there are some excellent characters who have leadership qualities.

“I’m glad to help out as a senior player in whatever way I can with my experience or planning. And I’m going to do that and play just as a player.”