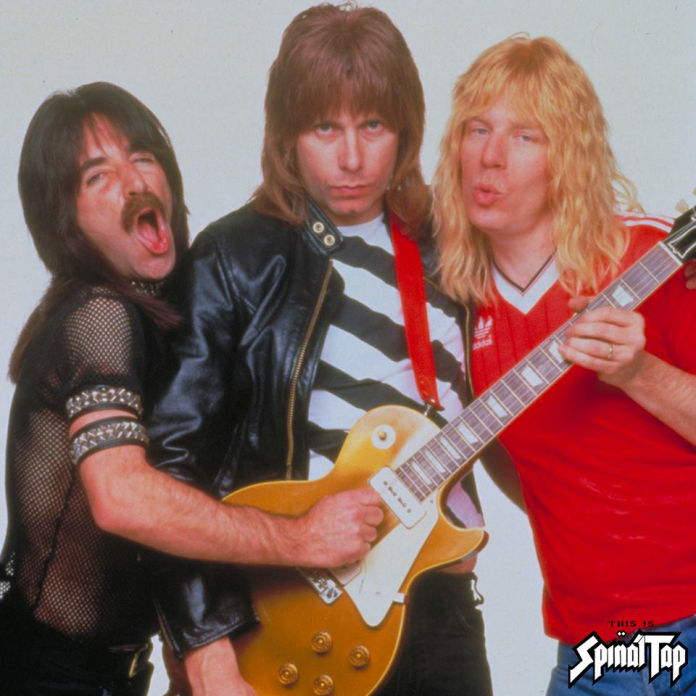 The greatest fictional rock band of all time are set to return this year at the Tribeca Film Festival. It was recently reported that Spinal Tap will reunite at the event in New York, which takes place between April 24 and May 5. At the esteemed event, there will be a 35th-anniversary screening of This is Spinal Tap, to pay tribute to a picture which has been highly influential since its release.

Spinal Tap are a spoof heavy metal band who first appeared on The T.V Show in 1979. They later starred in their own fictional “rockumentary” called This is Spinal Tap in 1984. The film directed by Rob Reiner swiftly gained a cult following after its release on VHS, and the band began to permeate other media in popular culture. The scene where the band cranks the amplifier up to 11 has been particularly significant. On the Internet Movie Database, users are normally only able to rate films out of ten. But for This is Spinal Tap, there is the option to give it eleven stars.

J.K Rowling, the author of the hugely successful Harry Potter series, said that she took inspiration from the 1984 movie. In This is Spinal Tap, there is a recurring theme that each drummer of the band meets an untimely end. In the Harry Potter books, something bad happens to each Defence Against the Dark Arts teacher in a similar way.

In addition to being highly influential at the time of release and soon after, Spinal Tap are still well known to this day. In fact, members Michael McKean, Christopher Guest, and Harry Shearer toured the United States in 2009 and also did shows at Wembley Arena in London and Glastonbury Festival. There is even a game based on the satirical band. At Buzz Bingo, players can spin the reels in the Spinal Tap slot game. The game features all the band members, some of the best-known tracks, and players can crank the volume up to eleven.

McKean, Guest, and Shearer will be in attendance at the Tribeca Film Festival and, after the screening of their iconic picture, they will perform some of the band’s best-loved songs live. After that, they will take part in a conversation where audience members will be able to ask their own questions. It is likely that there will be a huge focus on the continued relevance of the film to this day and the impact it had on the music and film industry. While each of the band members has gone on to do various other projects since gaining fame, they still hold their original act close to their hearts.

This is Spinal Tap was a seminal movie that had a huge influence on many things that followed it. It is still well-known to this day, and it is deserving of receiving a tribute at the well-regarded film festival in Manhattan.