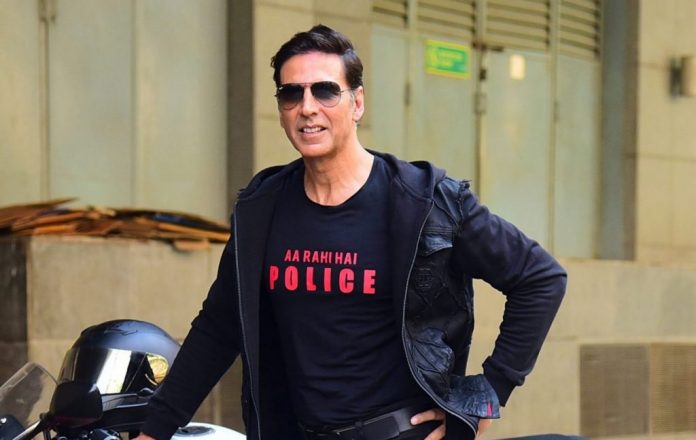 Akshay Kumar starrer Sooryavanshi was slated to release in March 2020. But, due to the pandemic, a lockdown was announced and the film couldn’t release.

Earlier this year, the makers decided to release the film in April, but due to the second wave of Covid-19 in India, the theatres were once again shut. Finally, Sooryavanshi has hit the big screens today (5).

The theatrical release of the Rohit Shetty’s directorial is celebrated like a festival in India. Kumar’s fans are dancing outside as well as inside the theatres while the song Tip Tip Barsa Paani is being played on the big screen.

Check out the videos of the same here…

During the past one and a half years, many Bollywood films have released in theatres, but none of them have left a mark at the box office. Sooryavanshi is clearly the first biggie to release during the pandemic.

The film also stars Katrina Kaif in the lead role, and Ajay Devgn and Ranveer Singh have cameos in it.

Well, looking at the response Sooryavanshi has received on day one at the box office, we can expect a bumper opening collection on day one. The film is expected to revive the theatres in India.

After Sooryavanshi, there are many big films like Bunty Aur Babli 2 (19th November), Antim: The Final Truth (26th November), and Satyameva Jayate 2 (25th November) lined up for a release this month.