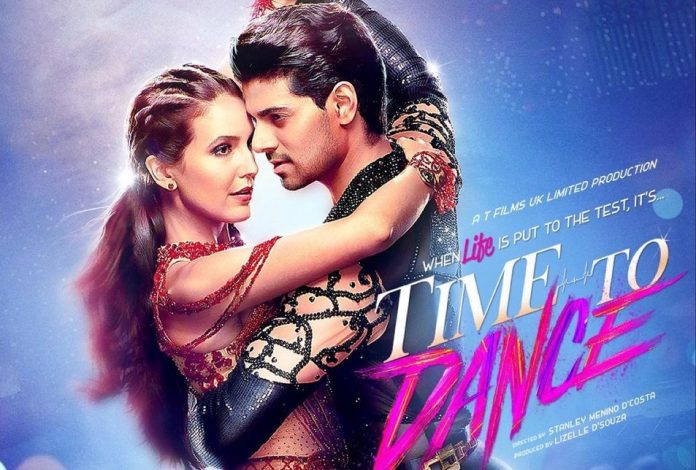 After taking an inordinate amount of time in production, Remo D’Souza Entertainment and T-Series Films’ Time To Dance is finally set to see the light of day. Produced by Bhushan Kumar and Lizelle D’Souza, the dance film has set March 12, 2021, for its direct-to-digital release on Netflix.

Time To Dance, which was announced in 2018, stars Sooraj Pancholi and Isabelle Kaif in lead roles. The film provides a launch-pad to Isabelle Kaif who is the younger sister of successful Bollywood actress Katrina Kaif.

Along with the announcement, the makers also shared two posters, giving a glimpse of Pancholi and Kaif’s characters in the movie. The posters leave no room for any guesses that the upcoming film revolves around a dance competition as there is a trophy kept in the background. Both actors look stunning in the posters. The caption reads, “When life is put to the test, it is time to dance.”

Apart from Time To Dance, Kaif has also signed on to topline Suswagatam Khushaamadeed, co-starring Pulkit Samrat. The film is said to be a social entertainer with an underlying message of social harmony. The model-turned-actor shared a picture on Instagram to announce the project earlier this year. Shoot for the upcoming film is going on in full swing.

The newcomer will also be seen opposite Aayush Sharma in Salman Khan’s production Kwatha. The film, directed by Karan Lalit Butani, was set to release in 2020, but could not enter cinemas due to the Coronavirus pandemic.