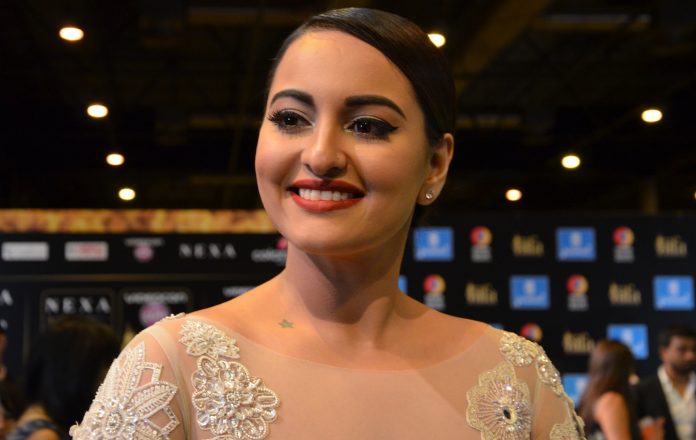 An event manager who could not live up to his commitment is trying to malign her “crystal clear” image, actor Sonakshi Sinha said on Friday, a day after a UP Police team visited her home in connection with a case of alleged cheating against her.
In a complaint on November 24 last year, Moradabad-based event organiser Pramod Sharma alleged that he paid Rs 24 lakh to a company to invite Sonakshi for a function in Delhi. He claimed the actor did not turn up despite confirming her presence.
Sonakshi’s management company has denied the charges, saying the organiser failed to make payments to the actor before the event as contracted despite repeated reminders.
Sudesh Gupta, circle officer Katghar, said a three-member team, led by Sub-Inspector Ajay Pal Singh, visited the actor’s house on Thursday as part of its investigation. A furious Sonakshi hit back on Friday while assuring full cooperation to the investigation.
“An event organiser who could not live up to his commitment obviously thinks he can make a fast buck by maligning my crystal clear image in the press. There is full cooperation with the authorities from my end for the investigation to be conducted,” she said on Twitter.”Would request the media not to fan these bizarre claims of an unscrupulous man,” she added.
The case against her was registered in Moradanad’s Katghar area. In March this year, the Allahabad High Court stayed Sonakshi’s arrest following a writ petition filed by the actor.
A division bench comprising Justices Naheed Ara Moonis and Virendra Kumar Srivastava directed that the actor will not be arrested until the submission of the report by police after completing the investigation in the matter.
The court directed Sinha to cooperate with police in the investigation. “It is clarified that the petitioner shall not be subjected to any embarrassment or harassment in the intervening period,” the HC had said. The court, however, declined Sonakshi’s plea of quashing the FIR against her.