Home News Some UK Conservative lawmakers warn PM May they are ready to back... 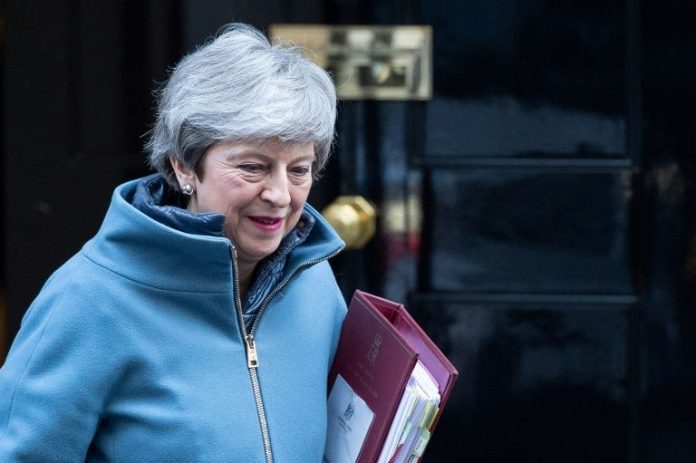 A group of Conservative lawmakers said on Friday they had warned Prime Minister Theresa May that they are ready to try to force a delay to Britain’s exit from the European Union to prevent a disorderly ‘no deal’ Brexit.

With just five weeks until Britain is due to leave on March 29, May has failed to win the backing of parliament for her Brexit deal and is seeking concessions from Brussels on plans to avoid a return of border controls on the island of Ireland.

Both May’s Conservatives and the main opposition Labour Party are formally committed to withdrawing Britain from the European Union in line with the results of a 2016 referendum.

But both parties are internally split over how or even whether to do so, and no majority has so far emerged in parliament for any comprehensive Brexit strategy.

May has promised that if she does not bring a revised deal back by Feb. 27, parliament will have an opportunity to vote on the next steps. Some lawmakers are expected to use that to try to wrest control of the process from the government.

They could ultimately force the government to seek an extension to the Brexit negotiation period.

“Some of our group just feel that they have been forced into no other option but to vote for some kind of delay or pause simply because they don’t want to see no deal,” said Conservative lawmaker Simon Hart, who heads the Brexit Delivery Group made up of both pro-EU and pro-Brexit Conservatives.

“It is essential that (May) and others around her know precisely what the mood in the party is and where people’s frustrations lie,” he told Sky News.

Hart said he and a colleague had written to May’s chief whip, or top enforcer in parliament, warning him that they believed some Conservative lawmakers were resolute on voting against any agreement, as they prefer a no deal exit.