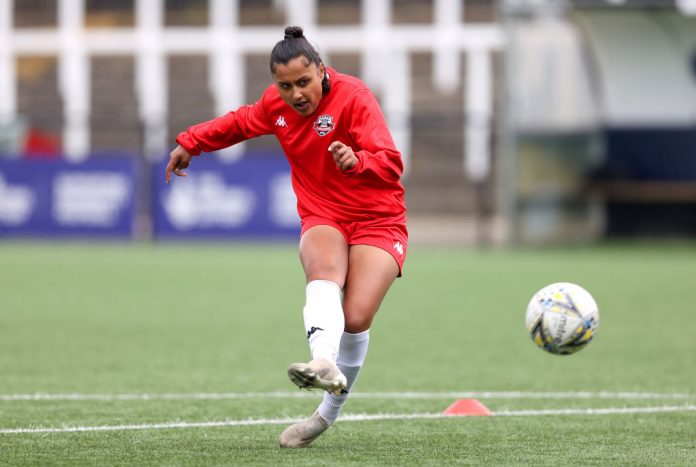 BRITISH INDIAN footballer Simran Jhamat is a ‘role model’ and can inspire the next generation of British South Asian female footballers, her former manager Vicky Jepson has said.

At the junior level, Jhamat, 20, from Walsall played for the local club Sporting Khalsa. Later, she joined Aston Villa’s Girls’ Centre of Excellence where she spent seven seasons. The British Indian player joined Liverpool in 2017.

She is the first Punjabi girl to score at a competitive level for England’s U17s when she netted in a 6-0 Euro qualifying win against Slovakia.

Jepson told Sky Sports News that nobody knows where she is going to reach in the future as she is still young.

“For other females to look up to Sim, who is inspiring and leading the way [is so important]. She’s showing it doesn’t matter where you come from and what your background is, if you really want to achieve your goals and you work hard just like Sim has – and she’s still on her journey to reach the top – then the world is your oyster,” Jepson was quoted as saying by the media outlet.

Jepson previously coached Jhamat with England and handed the winger her debut in professional football in 2019 when she managed the attacking midfielder at Liverpool.

“I worked with her in the U21s at Liverpool and also with the England U21s, so I got to see her club and an international environment as a youth player,” he said. “She was great to work with as a young player who had a growth mindset and wanted to be better, and I thoroughly enjoyed working with her for the time I did.”

According to him, she was definitely worth giving a chance to have a debut for Liverpool.