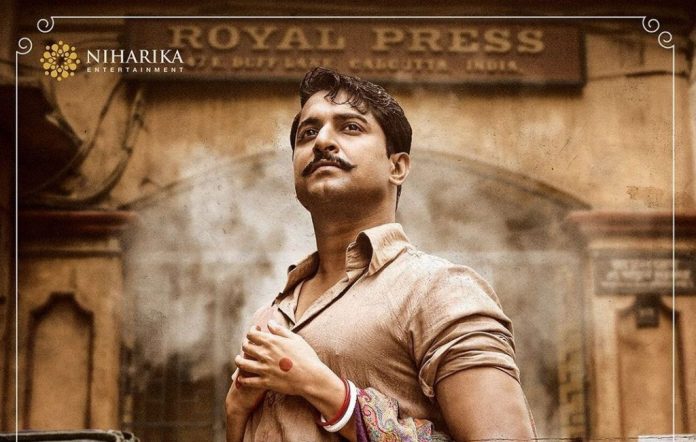 Nani and Sai Pallavi will be seen together on the big screen in Rahul Sankrityan’s Telugu film Shyam Singha Roy. The shooting of the movie kickstarted in December last year, but was put on hold due to the second wave of Covid-19.

Finally, a few weeks ago, the shooting of Shyam Singha Roy resumed, and on Tuesday (26), the team wrapped up the shooting of the film. Director Rahul Sankrityan took to Twitter to inform everyone about it.

He tweeted, “No more chanting the mantras “ACTION” & “CUT”. SHOOT COMPLETED. My THANKS to each and every hand that lay a brick in building our AMBITION called SHYAM SINGHA ROY. Will miss my. POST PRODUCTION – BEGINS. #ShyamSinghaRoy #SSRShootWrapped.”

Shyam Singha Roy is a supernatural thriller, and revolve around reincarnation. The movie also stars Krithi Shetty and Madonna Sebastian.

While talking about the shoot getting wrapped up, producer Venkat Boyanapalli said, “Shyam Singha Roy shooting has been wrapped up. We are really happy with the way the film has been shaped up. We could complete the film within the estimated time despite many hurdles, thanks to everyone for their support.”

It will be Nani and Sai’s second film together. The two actors have earlier worked together in the 2017 release Middle Class Abbayi which was a hit at the box office. Fans of Nani and Sai are super excited to watch them on the big screen again.

Talking about other films of Nani, the actor will be seen in movies like Tuck Jagadish and Ante Sundaraniki. The former was slated to release in April this year, but was postponed due to the second wave of Covid-19 in India. The new release date is not yet announced.

Meanwhile, Sai will be seen in movies like Love Story and Virata Parvam.