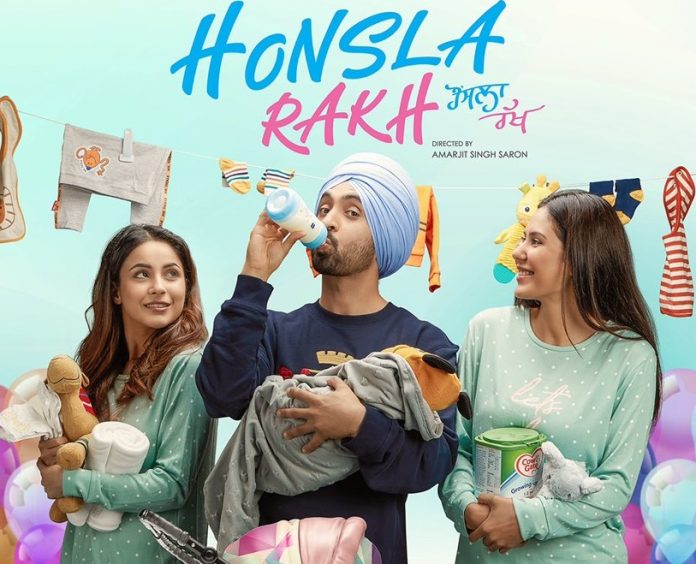 Late actor Sidharth Shukla and Shehnaaz Gill were very close friends. There were even reports that they are dating.

After Shukla’s demise (2nd September 2021), Gill didn’t make any appearance. However, the actress is back to work as she has started promoting her upcoming Punjabi film Honsla Rakh.

Diljit Dosanjh, who plays the male lead in the film, took to Twitter to share a funny video on Twitter. He along with Gill and Sonam Bajwa have recreated a couple of scenes from the trailer.

Dosanjh tweeted, “Mai Enu Pyar Kita C Te Eney Mere Naal Ahh Kita (I loved him and he did this with me) #HonslaRakh This DUSSEHRA 15th October @bajwasonam @ishehnaaz_gill #Shindagrewal.”

The trailer of Honsla Rakh was released a few days ago and It has received a great response. Fans of Gill are super excited about the movie. It will hit the big screens on 15th October 2021, and is expected to take a bumper opening at the box office.

Gill has featured in a few Punjabi films earlier, but Honsla Rakh will be her first movie as a lead. The actress became a household name after her sting in Bigg Boss 13. After the reality show got ended, Gill featured in many music videos with Shukla.