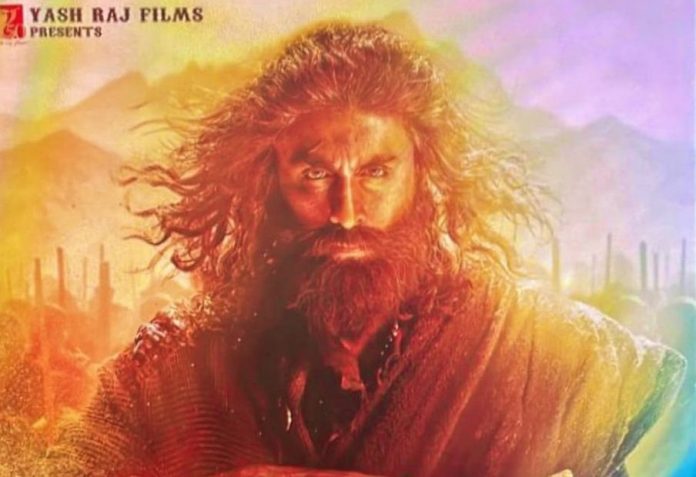 Yash Raj Films unveiled the teaser of their much-awaited film Shamshera and Ranbir Kapoor looks fiery in this intriguing tale of the dacoits.

Sharing the teaser on Instagram, Yash Raj Films wrote, “A legend who will leave his mark. #ShamsheraTrailer out on 24th June. Experience SHAMSHERA in @imax in Hindi, Tamil & Telugu. Celebrate #Shamshera with #YRF50 only at a theatre near you on 22nd July.”

Based on the pre-independence era, Shamshera portrays the story of dacoits led by Ranbir Kapoor, whose only motive is to fight against the cruelty of the ruthless antagonist, played by Sanjay Dutt for the sake of the villagers.

Directed by Karan Malhotra, the one-minute-long teaser of Shamshera looks extremely impressive and the ‘Rockstar’ actor looks fierce in this action drama. Along with Ranbir, the film also casts Sanjay Dutt and Vaani Kapoor in prominent roles.

Sanjay Dutt’s look as the merciless police officer Shudh Singh gathers all the attention, and the ‘Munna Bhai MBBS’ actor is all set to put fire on the big screen with his ‘Khalnayak’ avatar.

Vaani Kapoor, whereas, is missing from the teaser, and her role in the film is still not revealed.

“Karam Se Dacait…Dharam Se Azaad” Fans laud the ‘Brahmastra’ actor’s dialogue in the monochromatic teaser, as he increases the excitement level to a new extent.

“OMG, this is what makes Ranbir Kapoor different. He goes for like 4 years but now when he has come back, the first fantasy movie in the history of Bollywood and a character he had never played before in his career. Ranbir never disappoints us,” a user commented.

Meanwhile, Shamshera marks the big-screen comeback of Ranbir Kapoor after four years. He was last seen in Sanju which was released in 2018.

Sanjay Dutt, on the other hand, was last seen in Samrat Prithviraj and Vaani Kapoor gave her last on-screen performance with Ayushmann Khurrana in Chandigarh Kare Ashiqui.