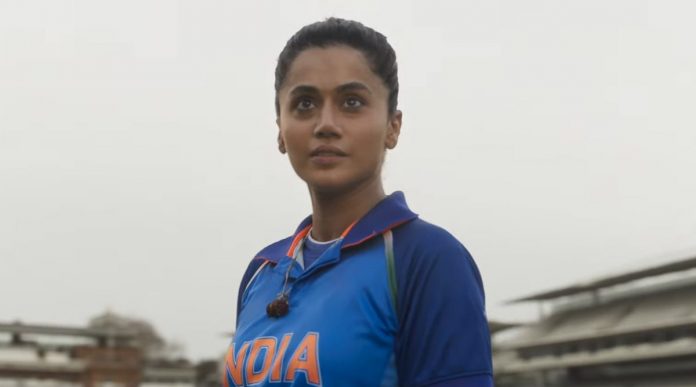 The much-awaited trailer of Taapsee Pannu’s upcoming film Shabaash Mithu is finally out and the actor looks fierce as she steps into the shoes of former Indian women’s cricket captain Mithali Raj.

In the trailer, Taapsee Pannu portrays the role of Mithu, a small-town girl with many big dreams in her eyes, to create her own space in the male dominating world and to change the gentleman’s game. No one believes Mithu that she can play cricket for India, except for her coach, played by actor Vijay Raaz, who shows Mithu the right path to achieve all her dreams. However, nothing comes easy to her path as she is bullied and ridiculed by other teammates and society. She learns to stand tall against all odds and leads team India from the front.

Sharing the trailer on her Instagram account, the Badla actress writes in her caption, “Mithali Raj. You know the name, now get ready to see the story behind what makes her the legend. Woman who redefined “The Gentleman’s game” She created HERSTORY and I’m honoured to bring it to you #ShabaashMithu 15th JULY 2022 #ShabaashMithuTrailer #GirlWhoChangedTheGame”.

Directed by Srijit Mukherjee, the trailer of Shabaash Mithu is inspiring and motivating and the film is all set to hit the theatres on July 15, 2022.

The Thappad actress will be seen playing the role of a sportsperson for the second time in her career. Earlier the actor portrayed the role of a runner in ‘Rashmi Rocket’.

Shabaash Mithu is a rousing story of recently retired icon, Mithali Raj who is known for her record-breaking 23-year-long career in international cricket and made 10,000 runs in ODI.