Home Entertainment Saina movie review: This Parineeti Chopra starrer is a must watch 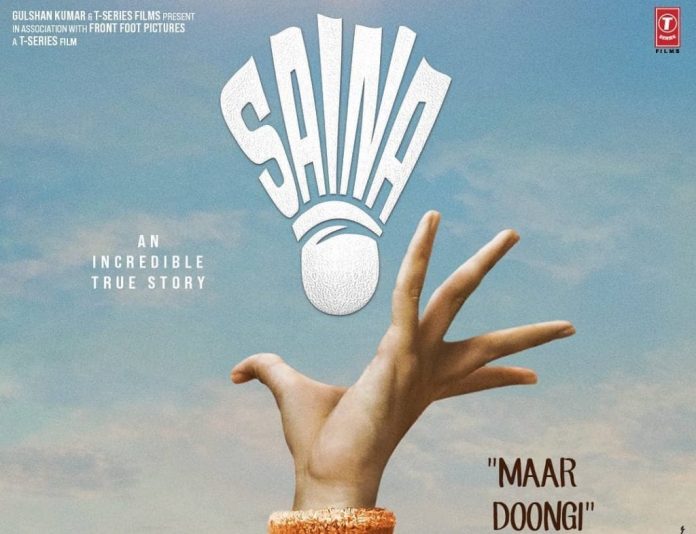 Saina Nehwal’s biopic Saina has been in the news for the past few years. Earlier, Shraddha Kapoor was supposed to play the lead role, but later Parineeti Chopra replaced her. The movie was all set to hit the big screens in 2020, but due to the pandemic it got postponed, and there were reports that the movie might get a direct-to-digital release.

However, today Saina has finally hit the big screens, and clearly it is one of the best biopics we have seen in recent times.

Saina starts with Saina Nehwal (Parineeti Chopra) winning a badminton match. She later attends a press conference and in that press conference she talks about her journey that how she has been preparing for badminton since the time she was in her mother’s womb.

Nehwal’s mother, Usha Nehwal (Meghna Malik) was a district level badminton player and she dreams that one day her daughter will become World No. 1 badminton player. The movie takes us through the journey of Saina Nehwal; her achievements, her failures, her downfall and her fantastic comeback.

Writer-director Amole Gupte has done a fantastic job here.  He keeps us engaged with his narration throughout the film, and though the film dips a bit in the second half, it doesn’t bore us at all. The badminton matches have been narrated and shot amazingly. A special mention to cinematographer Piyush Shah for that.

Talking about performances, Parineeti Chopra is back with a bang and delivers a fantastic performance. Watch out for a scene where she comes to know how she inspires young children, she doesn’t have any dialogue in that scene, but she is excellent in that scene. Parineeti surely throws her hat for Best Actress awards next year.

The supporting cast of the film is also damn good. Meghna Mallik as Saina’s mother is exceptional and Subhrajyoti Barat as Saina’s father is just perfect. Eshan Naqvi, who is actually a badminton player in real-life, makes his acting debut with the film, and he is impressive. His chemistry with Parineeti is also quite good. Naaisha, who plays the younger version of Saina, is good in her part.

Overall, Saina is one of the best biopics we have seen in Bollywood. It’s a must watch!