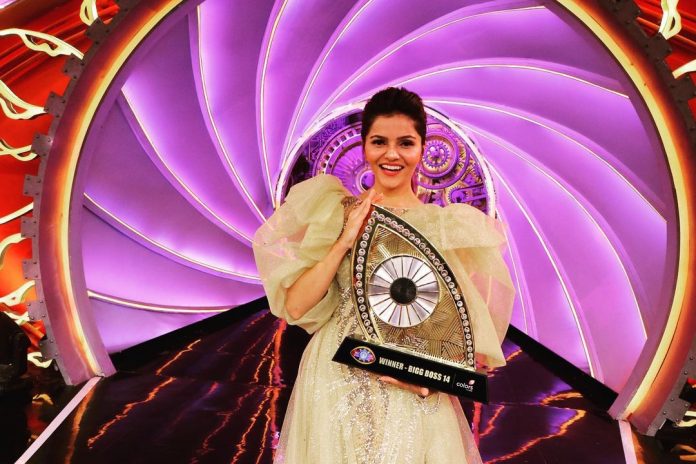 The 33-year-old actress edged out Rahul Vaidya, Nikki Tamboli, Rakhi Sawant, and Aly Goni in the grand finale to emerge as the winner of Colors’ show. She took home Bigg Boss 14 trophy along with prize money of 360 million.

Dilaik entered the glass-walled house of Bigg Boss with her actor-husband Abhinav Shukla and remained an audience favourite right from the show’s launch in the month of October. The problems in her marriage with Abhinav Shukla made it to headlines, so did her fights with fellow contestant Rahul Vaidya.

Actor Salman Khan, who has been hosting the show for several years now, announced her the winner from the show’s set put up in Filmcity, Mumbai. The finale saw special appearances by veteran actor Dharmendra and dancer-actor Nora Fatehi.

In her statement after being crowned the winner, Rubina Dilaik said, “No amount of prep-work, mental strength or advice from former contestants or winners can actually get you ready for life inside the Bigg Boss house. Not only me, but I am certain almost everyone will agree to this. This house can make you or break you and I am glad that I mustered the strength to power through it all.”