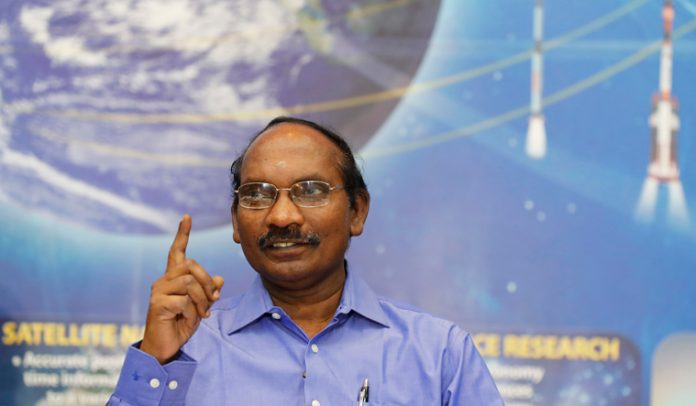 In recognition of his stellar work in promotion of science and technology, Indian Space Research Organisation Chairman K Sivan was on Thursday awarded the Dr A P J Abdul Kalam Award by the Tamil Nadu government.

Kailasavadivoo Sivan, who led ISRO’s successful launch of Chandrayaan-2 mission recently, could not receive the award in person but will receive it from Chief Minister K Palaniswami at a later date, the government said.

The Kalam award is to honour those who work for promoting scientific growth, humanities and students’ welfare and the awardees should hail from Tamil Nadu.

A native of Kanyakumari District of Tamil Nadu, the citation hailed him as “Rocket Man” and traced his humble origins to his splendid rise in career which includes a stint as director of the Vikram Sarabhai Space Centre and Liquid Propulsion Centre.

Sivan’s leadership led to the “historical achievement of most successful GSLV flight with indigenous cryogenic stage.”

Under his tutelage, ISRO successfully launched Chandrayan 2, the second mission to the moon on July 22 and he was the chief architect of SITARA, a 6D trajectory simulation software, the citation read.

He worked on the design and development of launch vehicles for ISRO and has immensely contributed towards end to end mission planning, design, and mission integration and analysis, the government said.

The 62-year-old space scientist was a first graduate in his family, who got a Bachelor’s degree in engineering from the Madras Institute of Technology in 1980.

Completing his Master’s degree in aerospace engineering from the Indian Institute of Science in Bengaluru, he later joined ISRO and he was a recipient of several awards including Dr Vikram Sarabhai Research Award (1999).

Sivan was scheduled to receive the award at the Independence Day celebrations at Fort St George here.

Following the death of former President A P J Abdul Kalam in 2015, former Chief Minister, late J Jayalalithaa, had then announced an award in his name.

She had also announced that Kalam’s birthday (October 15) will be observed as “Youth Renaissance Day.”

The first Kalam award was presented by Jayalalithaa in 2015 to ISRO scientist N Valarmathi and it is given on Independence Day every year.