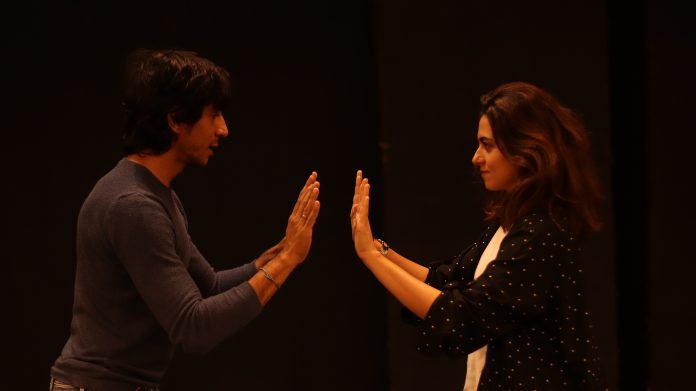 Ridhi Dogra, known for delivering engrossing performances in several successful daily soaps and streaming shows, is gearing up to set her foot in Bollywood with the upcoming action-drama Lakadbaggha.

The film, which also stars Anshuman Jha, will see Dogra play the character of a Crime Branch Officer in Kolkata and has some serious action sequences. To nail those sequences, the actress has already begun training with her co-star, Anshuman Jha.

“When you set out to do the kind of work you wish to do, it finds you. I am not the kind of an actor who will simply jump to be a part of a film. It has to be meaningful. The process has to have some purpose. Which is why I have chosen Lakadbaggha to be my feature film debut,” Dogra said in a statement.

She added, “I have always chosen to pick teams with depth over the superficial things which are important otherwise. The vibe, energy and passion is important. And from the first moment I saw Anshuman talk about the film, I knew I wanted to be a part of his process because there was passion, conviction and clarity. He as an Actor is so involved that I wanted to be a part of that world he was so passionately envisaging.”

“The icing on the cake is that the script has a humane point of you. I am thrilled and relieved because this is the kind of work I wish to do and the kind of team I want to collaborate with. Very rarely does one come across an action film whose story, at its core, is universal and has heart. And this character – a Catholic-Bengali cop, a bad ass cop, in Kolkata, very evolved and righteous, yet loving and passionate. I may have played a forensic cop before but this is very different – she takes things head on; she is in charge. She is a woman in power vis-a-vis a woman who is part of the team in power and that excites me. This character has empowered me in a way – training for the action with Vicky and Anshuman. Also, this character kicks ass (literally). I am really enjoying the workshops and am looking forward to collaborating with Anshuman & doing Action for the first time & doing justice to it.”

Anshuman Jha, who last played a homosexual man in Hum Bhi Akele, Tum Bhi Akele opposite Zareen Khan, has been training for 4 months in Krav Maga.